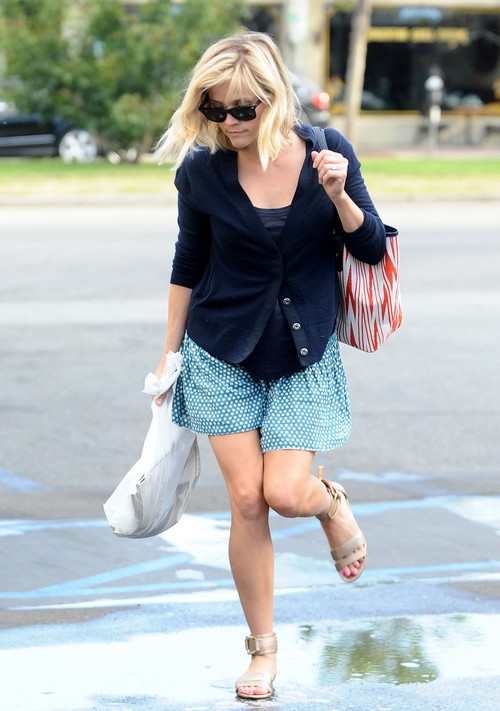 Unfortunately for Jim Toth, he is still best known to the general public as the guy who got arrested with Reese Witherspoon. Even though he’s a great agent and well known within the industry, his marriage status to Reese seems to have brought him into the spotlight for all the wrong reasons, and a new report suggests that he is definitely aware of the reputation that surrounds them.

According to this report, Jim has told Reese that she needs to stop drinking in order to salvage her career, because her abuse of alcohol has ‘started raising Hollywood eyebrows‘. OK! Magazine’s source elaborates by saying, “Jim is terrified that industry players are getting turned off by her antics. He has no problem with Reese letting her hair down once in a while… It’s how it looks to the public that’s worrying him.”

Apparently, Reese decided to go sober after her very public arrest last year, but her commitment to sobriety didn’t last long. She was clearly intoxicated during the MET gala, and videos from that party show as much. And according to OK!’s sources, Jim’s starting to worry that his wife is once again sliding down the slippery slope of over-reliance on booze, making her the ‘laughingstock of Tinseltown’.

Ok, if Hollywood really was ostracizing actresses for having a drinking problem, then we’d lose half of the industry. You combine crippling insecurity with power, wealth, and free access to all the best parties and events, and of course you’re going to end up with a bunch of people who tend to abuse alcohol and drugs. However, even if Reese may tend to lose control now and then, I would definitely not put her in this category. She’s able to lead a successful career combining acting and producing, and I think her problem is just that she has a big ego, not that she drinks too much.

‘The Good Lie’ actress Reese Witherspoon stepping over a puddle as she walks back to her car in Los Angeles, California on May 9