Mob Wives’ Renee Graziano’s Ex-Husband Confesses to Cold Blooded Murder in Court – Plus, Admits He once Shot at Renee and Her Boyfriend! 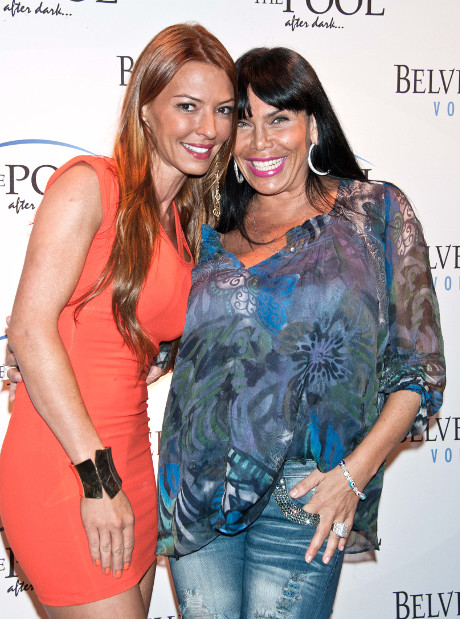 On Mob Wives: New Blood Season 4 we watched Renee Graziano struggle when she received a letter from her ex, Hector “Junior” Pagan. She was so concerned about him contacting her that she even went to a lawyer to discuss a possible restraining order. And, no wonder she is concerned, in recent court testimony it was revealed that Junior tried to shoot Renee!

During Season 4 of Mob Wives, Renee called Junior a “rat.” And, she wasn’t exaggerating. Junior is currently testifying in a high-profile mob murder case in Brooklyn Federal Court. Pagan is currently on trial for a robbing and murdering a man, James Donovan. Although he is pleading guilty, he will probably receive a lesser sentence for the murder since he is also an informant and even wore a wire to set up Renee Graziano’s own father.

Not only did Pagan describe in detail how he stole $200,000 from his victim Donovan and shot him in cold blood, he also discussed (under oath) a different incident between him and Mob Wives star Renee Graziano. Apparently, Pagan found Renee’s car parked on the side of the road and she was not inside. She then pulled up in a man’s car with him, and in a jealous rage Pagan opened fire on them. Renee and her alleged boyfriend escaped the altercation uninjured.

It looks like, for once, Renee Graziano was not being a drama queen, and her ex Hector Pagan is a seriously scary guy. Although she did reconcile a few times with him after the shooting incident, she drew the line when he turned informant, or “rat.” You can shoot at me and my boyfriend, but don’t you dare wear a wire!