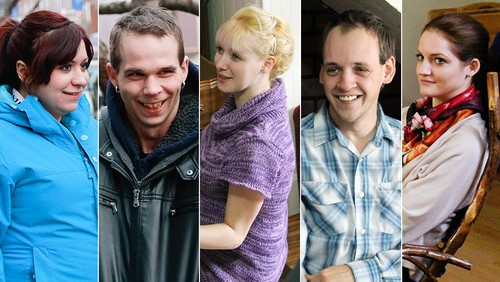 Tonight on TLC Return to Amish the Breaking Amish spin-off airs with a new episode. In tonight’s episode “Shunned and the City” Mary takes a trip to New York City with Kate and Katie Ann, who’s excited to meet one of the locals. Meanwhile, in Pennsylvania, Abe, Rebecca, Sabrina and Jeremiah discuss having babies and the practice of shunning; and Andrew and Chapel schedule an important appointment.

On tonight’s episode Mary takes a trip to New York City. Katie Ann tags along with Mary and Kate, and talks to a New York guy! In Pennsylvania, Abe, Rebecca, Sabrina, and Jeremiah talk babies and shunning … while Andrew and Chapel have an important appointment.

Once the bishop realized Mary and Katie-Ann weren’t at home he shunned Chester. Chester is Mary’s husband and there was only going to be so many times when he got off scotch free after Mary broke another rule. However being shunned is different for him. It means he can’t sell his goods to his former Amish brethren and now he has to communicate with the English world in order for his family to survive.

Chester was feeling pretty broken up about this and so his sons decided to take him on a night out on the town. They took him to a bar where they all promptly drank to their hearts’ content, but trouble arises when Andy tried to show his father how to play pool. Abe pointed out that Andy was doing it wrong and it made his brother lose his temper.

The night managed to still be salvageable and the Schmucker men went on to have fun. Though the kids wonder about their dad – they don’t think what happened to him was fair and Abe feels like it’s their mother’s fault. He knows that his mom is only barely Amish. And Andy knows that the Amish aren’t the right fit for everyone. So they tried to talk to their father about possibly leaving and they got nowhere with him.

He wants to remain Amish and he feels like his shunning will be a harsh lesson, but nothing too serious. And his boys feel bad for him. They realize their father has no idea how hard it will be looking for work outside of the community.
While over in New York, Mary is living it up. She went clubbing with Kate and enjoyed sipping on cocktails and dancing, which by the way is against Amish’s tradition — and nevermind the fact that she danced a little too close with a guy she met there.

By the next morning, Mary had a serious hangover. So maybe that’s why she was cranky. Mary basically stood over Kate when the younger woman was cooking them breakfast. She wanted to nitpick on Kate’s choices and only eventually relented on her interrogation after she realized that maybe she should try eating healthier. Kate pointed out that she has more energy and getting healthy doesn’t have to be necessarily about weight. However, Mary wouldn’t mind having a skinnier figure.

Kate arranged for them to have a yoga lesson and Katie-Ann took to it really well. Her mother on the other hand thought yoga looked painful and had refrained from trying it out.

Back at home, Abe and Rebecca bring over meals for his dad. They wanted to make sure that he was eating and Jeremiah is there reaping the benefits. Minus Kate the whole gang is back in Pennsylvania. Sabrina wanted to stay around another pregnant woman to share stories with and Jeremiah is technically still crashing at Mary’s house. And with the gang all together again — they fall back on old patterns… like talking about Kate.

Jeremiah found one of Kate’s spreads in the newspapers and had to show it to his friends. He feels like Kate is betraying everything she once stood for. Not only has she changed her name, but the spread itself is too much. As in a lot of skin and Rebecca can agree with him to a point. She doesn’t think Kate should have changed her name and is just as judgmental as Jeremiah. But Sabrina told them to cut it out.

Everytime they’re together — they talk about Kate and Sabrina is sick of it. They should move on and so Rebecca started to talk about Chester’s situation. They all felt bad that he was being punished for Mary’s “crimes,” but Rebecca is also mad that Mary left when she’s so close to her due date.

Jeremiah doesn’t get that though. Rebecca was mad when Mary was here and now she’s mad that Mary left. He feels like Rebecca is all over the place and so does Mary. She went to New York figuring no one needed her. And that wasn’t the truth.

Sabrina has been going to all her doctor’s appointments by herself. She would have liked to have someone with her for once. And Rebecca did go into labor while Mary was in New York. Abe tried to contact his mom to get her to come and all he got was Katie-Ann’s answering machine.

When the ladies got the message, they rushed to the airport. They couldn’t afford to waste time taking their normal bus route and had to fly back home instead. But flying was a new experience for Katie-Ann and she nearly fell apart during take-off. So hopefully the flight was worth it!