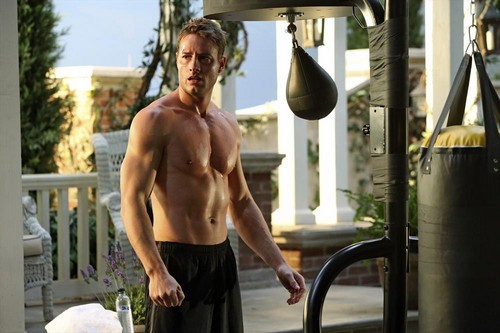 Over the last three seasons of ABC’s Revenge, we have watched Emily go to war against her enemies, but in Season 3 Episode 15 “Struggle” she will come face to face with her scariest enemy yet… herself.

In Revenge Episode 14, Emily’s blackouts became serious and scary, she was losing two days at a time. Nolan found her sleeping on her porch swing and she had no idea what she had done or where she had been for the last two days. She blacked out and told Conrad she was scared Daniel was going to hurt her, and even called a divorce lawyer and didn’t even remember it. She also framed Aiden while she was blacking out and nearly got him killed. Her Doctor revealed that her blackouts are not due to any physical abnormalities, which means, it is all in her head. Nolan is concerned that she may have the same illness her Mom had at her age. Emily’s Mom was certifiably insane and had no idea what she was doing half of the time and even tried to drown Emily when she was a child.

According to spoilers for Episode 15 of Revenge, Emily’s new mental illness will take an even darker and more destructive turn. Afraid that she may hurt the few people she actually cares about or even herself, Emily has to seek help from someone she recently betrayed.

Meanwhile, next week on Revenge Victoria Grayson will be busy dealing with someone from her past. Since she and Patrick just killed Brennen then it most likely the other person from her past that just came to town. Conrad’s first ex-wife Stevie, just breezed into town and stole Victoria’s house out from underneath her due to a legal glitch in her divorce settlement, and Victoria is less than thrilled.

Who do you think Emily will turn to for help next week in Episode 15? We all know Victoria is not giving up her house to anyone. What tricks do you think Victoria Grayson has in store for Stevie? Share your theories in the comment section below, and check CDL next week for a full recap of Revenge Season 3 Episode 15 “Struggle.”