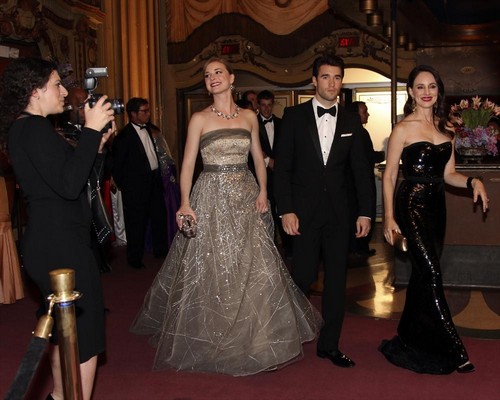 REVENGE returned tonight to ABC with another great episode.  Are you enjoying this season as much as I am?  I cannot wait till next episode, and we have a sneak peek video and some insight for you below on what is going on next week.

On tonight’s show as Emily’s blackouts grew increasingly violent, her only hope lied with the person she betrayed most, while Victoria made a drastic move to deal with someone from her past.  More happened!  If you missed the episode we have a full and detailed recap, right here for you.

Spoiler alert: If you’re one of those people who doesn’t like spoilers, stop readingnow! We have some juicy spoilers for you about the season 3 episode 16 of ABC’s “Disgrace.”

ABC’s Official Synopsis: “As the notorious Pascal LeMarchal’s unexpected visit reverberates throughout the Hamptons, Emily and Victoria go head to head in a very public showdown”

On next week’s episode opening night at the opera sets the stage for a devastating revelation.  “Disgrace” was written by Shannon Goss and directed by Matt Shakman.

Revenge Season 3, Episode 16 “Disgrace” airs on ABC on March 23rd, 2014. Check out the preview videos and photos from episode 16 below and let us know in the comments below what you think!