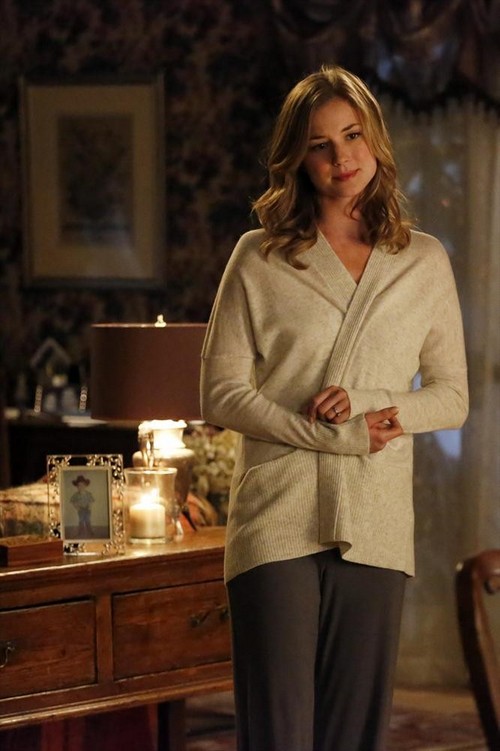 Revenge returned tonight to ABC with another great episode.  Are you enjoying this season as much as I am?  I cannot wait till next episode, and we have a sneak peek video and some insight for you below on what is going on next week’s episode called, “Blood.”

On tonight’s show  Emily used her newly single status to unravel a mystery from the past as Pascal attempted to make up for lost time with Victoria.  Emily turned the tables when Victoria crashed casino night.  More happened!  If you missed the episode we have a full and detailed recap, right here for you.

Spoiler alert: If you’re one of those people who doesn’t like spoilers, stop reading now! We have some juicy spoilers for you about the season 3 episode 18 of ABC’s “Blood.”

ABC’s Official Synopsis: “Investigations into Pascal lead Emily and Aiden to uncover some long buried family secrets, while Victoria pays a surprise visit to former ally Mason Treadwell as she gets ever closer to exposing Emily.”

Revenge Season 3, Episode 18 “Blood” airs on ABC on April 6th, 2014. Check out the preview videos and photos from episode 18 below and let us know in the comments below what you think!