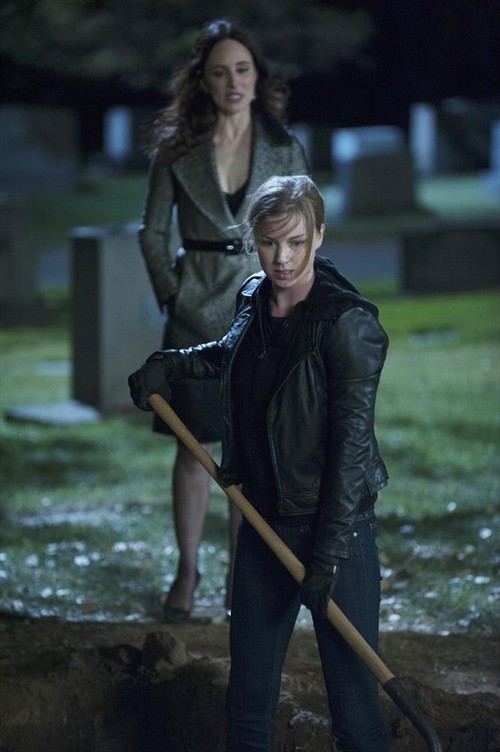 Revenge returned tonight to ABC with another great episode.  Sadly, the next episode is the season 3 finale.  I cannot wait to see the episode, and we have a sneak peek video and some insight for you below on what is going on next week’s episode called, “Execution.”

On tonight’s show dire circumstance leads Emily to take extreme measures against both the Graysons and those closest to her.  She wants to to complete her mission.  More happened!  If you missed the episode we have a full and detailed recap, right here for you.

Spoiler alert: If you’re one of those people who doesn’t like spoilers, stop readingnow! We have some juicy spoilers for you about the season 3 Finale of ABC’s “Execution.” Synopsis follows.

ABC’s Official Synopsis: “Nothing is off limits as Emily and Victoria are dead set on destroying each other. Lives will be lost and fates will be altered, but who will rise victorious?”

On next week’s episode Emily goes all in on her mission to avenge her father on the season finale.  Rumor has it someone dies in the finale and from the photos from the episode it looks like Emily is burying someone.  Emily VanCamp said that the season finale is going to be epic and she cried filming it.   “Execution” was written by Sunil Nayar & Joe Fazzio and directed by Ken Fink.

Revenge Season 3, Finale “Execution” airs on ABC on May 11th, 2014. Check out the preview videos and photos from episode 21 below and let us know in the comments below what you think!