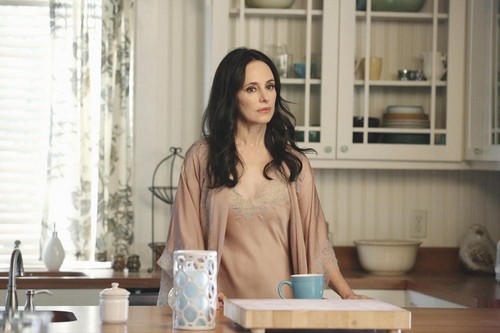 Revenge spoilers and synopsis for season 4 episode 7 follow. Revenge starring Emily VanCamp and Madeleine Stowe returned tonight to ABC with another great episode. Are you enjoying this season as much as I am? I cannot wait till next episode, and we have a sneak peek video and some insight for you below on what is going on next week’s episode called, “Ambush.”

On tonight’s show Charlotte’s downward spiral takes her to a place where even Emily worries she can’t be saved as David and Nolan have a very public reunion. More happened! If you missed the episode we have a full and detailed recap, right here for you.

Spoiler alert: If you’re one of those people who doesn’t like spoilers, stop reading now! We have some juicy spoilers for you about the season 4 episode 7 of ABC’s “Ambush.”

ABC’s Official Synopsis: “ Daniel confronts Emily about the secrets she kept while things heat up between Margaux and Louise.”

On next week’s episode sparks fly when Emily uncovers a devastating revaluation about her father.  “Ambush” was written by Shannon Goss and directed by Hannelle Culpepper.

Revenge Season 4, Episode 7 “Ambush” airs on ABC on November 9th, 2014. Check out the preview video below and photos and let us know in the comments below what you think!