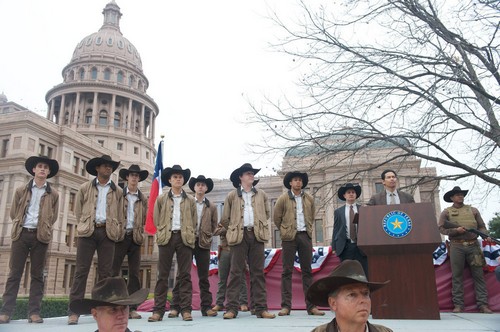 On last week’s episode While Dr. Porter (Stephen Collins) and Miles (Billy Burke) ventured into Willoughby in search of allies within the town, Monroe (David Lyons) seized an opportunity to surprise the Patriots. Neville’s (Giancarlo Esposito) political maneuverings put him and Jason (JD Pardo) in serious danger.Also starring Tracy Spiridakos, Elizabeth Mitchell, Christopher Cousins, Mat Vairo and Steven Culp Did you watch the last episode? If not we have a detailed recap of it for you right here.

In spite of his father’s assurances – Jason doesn’t feel like he can just get over the fact the Patriots brainwashed him. He like feels like they used him and the scary part is that now he knows that they can keep on using him completely without his knowledge.

That’s why the only thing he wants to do is get revenge. But his father doesn’t care about the Patriots or their plans. All Neville wants to do is find a way to get his wife back and he would work with the devil himself to pull that off. As long as there was hope Julia was still alive then Neville was never going to act against the Patriots.

So Jason and his anger needed to go somewhere else. He chose to go to Miles and Monroe. He wanted to join with them in the war against the Patriots. And no offence but the guys were naturally suspicious seeing as Jason, though a sweet kid, has been known to betray them on several occasions. This time Jason claims it’s different.

He showed them the numbers on his eyelid and told him that this was personal. Jason also gave them a few Patriots’ documents detailing their plans for Austin and the eventual takeover of the Texan government just to show how personal he’s willing to make this.

Miles, Monroe, Connor, Charlie, and Jason are all going to Austin together. If there’s any way left to them to stop the Patriots then they’re going to need Rachel and Gene to stay behind.

Along the way the guys figured out where some of the Patriots soldiers were staying and set out to investigate the rooms they rented out. However it appeared as if the Patriots were long gone by the time they arrived. There was no trace of them except for one piece of paper that managed to survive the fire they must have built.

Jason translated and it looks like the Patriots are targeting the former Texan president and that man in particular is a sticky subject for Monroe and Miles.

The former president is an old enemy of theirs. He’s tried to kill them and they’ve tried to return the favor. So to go to him now is going to be hard. The guys left the kids behind and journeyed out to see their dear old friend Frank. He caught him in the middle of an S&M game with a couple of lovely ladies.

Although Frank wasn’t as angry to be interrupted as they would have expected. He’s been questioning the Patriots and their involvement in some random and recent skirmishes the Texans have had with the California for a while now. So it’s easy for him to recognize the truth in what Miles and Monroe are telling him.

Because of who he was; he’s one of the few people that could get his government to listen to reason. He told the guys he wanted to help, but he never got the chance to do so. One of the ladies that was being ever so “helpful earlier” turned out to be from Willoughby. She killed him before he, Miles, and Monroe could rally the people. And simply because of who the guys are – thee Miles and Monroe – no one believes them when they say it wasn’t them that hurt Frank.

They quickly fled to escape the Texan rangers to only return to the hotel and catch Jason at the end of an interrogation.

One of the Patriots had doubled back to the hotel and Jason caught him. The soldier, if he happens to still be one, was actually one of the Patriots’ trainers and he even once trained Jason. But he was refusing to tell them about what was going on in Texas and so Jason got permission from Charlie to extract what he needed.

The Patriots are targeting the sitting president of the Texan Republic. Otherwise known as another personal enemy of Monroe’s and it highly unlikely that the guy will be as accommodating as Frank.

He’s giving a public speech later and it’s probably where he’s going to get hit.

Everyone arrives at the scene hoping to stop the Patriots but Jason was too dangerous to be left unguarded. A Patriot Lieutenant spotted him and read out his number.

Once that occurred it became too late for Jason. He was set on helping them and when Charlie noticed how strange he was acting; she attempted to reason with him and it did her no good. Jason was going to kill her in order to complete his mission and that’s why she killed him.

Charlie had to kill Jason! Her hand was forced into it, but that doesn’t mean it was any easy decision. Charlie had never stopped caring about him.

They saved the President’s life and all it took was Charlie destroying a friend and Miles having to kill a Willoughby kid. It was the same kid he let go and so to kill him now must mean have hurt. And it also went to show him that Monroe had a point.

Monroe told him that Rachel’s way has only taken the fight out of Miles. If they keep listening to her then they’re just going to keep allowing danger in instead of eradicating the problem. And though everyone hates to say much less think it – he is right. Back at their campsite, Rachel welcomed back Aaron and his ex-wife Priscilla. Although what she doesn’t know is that Priscilla isn’t herself anymore. The nanos have taken over her body and Aaron knows all about it, but he hasn’t said anything!