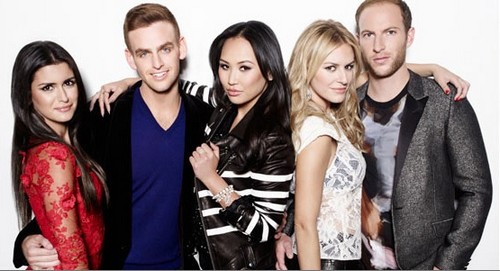 Tonight on E! their new reality show #RichKids of Beverly Hills airs continues with another new episode called, “##INTERIORmotives.”   On tonight’s episode Morgan and Brendan shop for a new car and discuss where their relationship is headed.  Did you watch the last episode?  We did and we recapped it right here for you.

On last week’s episode Morgan and Brendan’s anniversary trip in Cabo continued, and so did the drama when Roxy and Dorothy brought up a deep rooted issue from the past.

Rich Kids of Beverly Hills starts off with Dorothy and Morgan checking out her new apartment, she has an image in her head of how she wants the apartment looks. She needs to find the perfect interior designer. She wants to move in within three weeks.

Morgan and her boyfriend Brendon go car shopping. Morgan wants him to buy a Range Rover, because there is room in the back for a stroller. (She wants to talk about having a family.) Brendon settles on the Range Rover, after all it’s such a steal at $145,000.00.

Morgan and Brendon head out to lunch with their friends, and Morgan mentions that Dorothy is looking for an interior designer. Roxy is excited, she just started an interior design business, and she needs to find her first client so that she can build a portfolio. Since her parents “cut her off” she has been looking for work.

Morgan, Brendon, Dorothy, and Cooper head out to dinner for a double date, Brendon and Morgan brag about their new Range Rover. After dinner they head to the ice rink, Brendon rented the rink so they could skate by themselves. It was only $10,000 to rent it out.

Dorothy and Jonny go out for lunch, and Jonny mentions that Dorothy should hire Roxy to be her interior designer. Dorothy says “is she like an intern or something,” and Jonny is shocked. Dorothy knows Roxy isn’t an intern, she was just trying to slam her.

The next day Dorothy and Morgan get together for wine, Morgan confesses that she thinks that “Brendon is the one.” After wine Dorothy and Morgan meet up with the interior decorators that Dorothy hired. Dorothy is on a budget though, she is trying to keep her interior design under $250,000.00.

Later that night Dorothy, Morgan, and their friends head out for drinks. The club has a photo booth, so Morgan and Dorothy are right at home. Meanwhile Jonny takes Roxy aside and tells her that Dorothy won’t hire and called her an “intern.” Roxy is furious, Dorothy knows that she has been “hustling her ass off” to get clients, and she is “totally insulted” that Dorothy would call her an intern.

Roxy approaches Dorothy, and Dorothy explains that she didn’t want to hurt her feelings and she just didn’t want to jeopardize their friendship by working together. Roxy is okay with Dorothy’s semi-apology and apparently now she is completely okay with being called an intern too. They hug and make up.