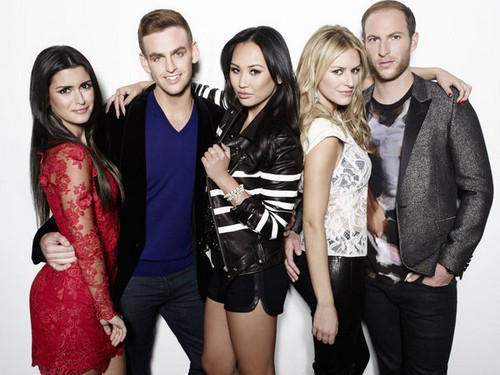 Tonight on E! their new reality show #RichKids of Beverly Hills airs continues with another new episode called, “#yachtlife.”   On tonight’s episode Roxy and Dorothy bring up drama from the past while in Cabo, Mexico, for Morgan and Brendan’s anniversary.  Did you watch the last episode?  We did and we recapped it right here for you.

On last week’s episode for their one-year anniversary, Brendan planned the perfect luxury getaway to Cabo. But when Morgan invited their closest friends to join, former feuds and tequila-fueled tension threatened to destroy their paradise.

On tonight’s episode Morgan and Brendan’s anniversary trip in Cabo continues, and so does the drama when Roxy and Dorothy bring up a deep rooted issue from the past.

Tonight’s episode of Rich Kids of Beverly Hills opens with Dorothy, Morgan, and their friends at a club in Cabo after dinner. They have resolved all of their issues from dinner, and are ready to move on for a night of “sloppy fun,” which turns into an EJ and Jonny dance party.

The next day Morgan heads out to the Concierge to shop for an anniversary gift for Brendan. Morgan books a yacht for the group to take out the next day, for a cheap $20,000.00.

Meanwhile EJ and Jonny are getting pedicures. EJ confesses that he wants to be the next Oprah, having his own talk show is his “end game.”

Morgan, Dorothy, and Roxy “have a situation.” They call EJ and Jonny to their room to help them get rid of a bug. EJ and Jonny probably weren’t the best people to call for help, but a straight guy comes to the rescue and manages to handle the bug situation.

The next day Dorothy, Morgan, Brendan, and their friends meet up at the dock to board their yacht. EJ thinks the yacht is nice, it is “a little smaller than what he is used to,” but it will have to do. Once they are out on the water, they all jump in the water and get out the jet skis. Unfortunately Jonny and EJ aren’t experienced jetski drivers, and “they tip the bitch.” (Translation: they flipped their jet ski.)

After their yacht trip they head out to dinner together. Dorothy accidentally gets “very drunk” at dinner. After dinner they begin arguing over a thirty dollar discrepancy on a bill they have at the same restaurant seven years ago. Morgan flips out and screams at Roxy and Dorothy, and tells them to “shut-up.” She reminds them that it is their anniversary. Morgan storms out, and then storms back in to yell at Dorothy some more. Dorothy goes to the bathroom to cry because Morgan yelled at her.

The next day Dorothy, Roxy, and Jonny surprise Brendan and Morgan with breakfast/room service in their hotel room. Dorothy and Morgan make up and put their dinner drama behind them.

Brendan surprises Morgan with a mariachi band, and then they head out for dinner alone to celebrate their first anniversary. Morgan even leaves her cell phone on the other side for the entire dinner to show how dedicated she is to him. They decide that next year on their second anniversary they aren’t going to bring their friends with them to Cabo.