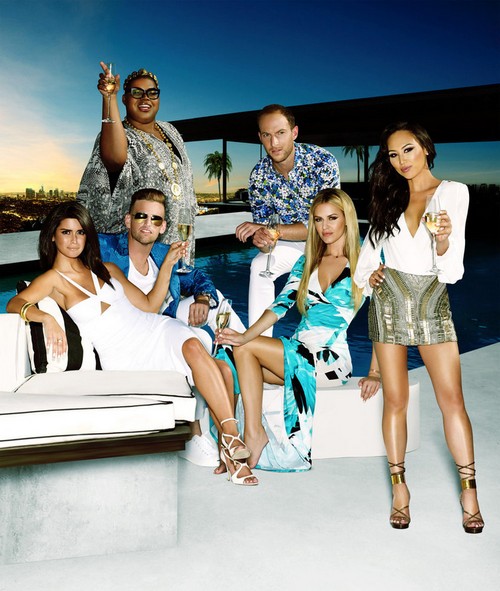 On the last episode, when Dorothy’s boyfriend bailed on their VIP trip to China, her friends tried to convince her that she deserved better. Roxy’s online romance hit a road block. Did you watch the last episode? If you missed it we have a full and detailed recap, right here for you.

On tonight’s episode Roxy throws a tantrum that escalates quickly. Morgan is forced to deal with family issues.

On this episode of Rich Kids of Beverly Hills Roxy throws a tantrum that escalates into an argument with Dorothy and Morgan is forced to deal with some unresolved family issues.

Tonight’s episode begins with Dorothy and Roxy and Johnny taking a ride through the city. Dorothy bang take everyone to eat fried worms seahorses and starfish at the grungy night market. Roxy is super grossed out. But Johnny and Brendan are down to try the food and surprisingly they liked it. Dorothy is annoyed that Roxy is walking around with her and nose plugged. She says Roxy should be grateful that she was invited to China in the first place and if she doesn’t like it she should just go home.

The next day Dorothy takes Morgan and Johnny to see a training school that her dad built for the physically handicapped. Dorothy is still worried about her legacy and how shall live up to her family legacy. Dorothy says coming to the school gives her place of serenity so she can thinking clear her head. Morgan confides in Dorothy and Johnny that her brother is schizophrenic. She says it has been hard for her to deal with and she really hasn’t told anyone about her brother.

Back at the hotel Morgan breaks down about her brother. Finally dealing with her emotions is getting to her. Johnny consoles her and hugs her and tells her that it’s going to be okay. Morgan feels relieved that she’s finally getting the emotion out and since she’s never talked about it before.

Next the gang heads to Shanghai for the day. Dorothy says Shanghai is her favorite place because there’s clothes, shopping and you can get a blowout. When they arrive staff comes out to greet Dorothy and the gang but they fail to recognize Roxy. Once again Roxy is annoyed that she was ignored. Roxy confronts the staff about not greeting her. The staff apologizes and then Roxy turns her anger on Dorothy and tells her that she’s exhausted and very jetlagged. Dorothy says I know you’ve been saying it for the last three days. Dorothy jokes that being jetlagged means you’re not well-traveled. Now Roxy is really annoyed that Dorothy doesn’t care. Then Roxy tells Dorothy she’s constantly rude and she’s tired of it. By this time everyone is surrounding them wondering what’s going on. Roxy asks for help from the gang but nobody really jumps in. Morgan tells Roxy she’s just tired and that she should just lay down so Roxy storms off.

Later that day they all go sightseeing but Dorothy opts to stay at the hotel. While at the hotel by herself Dorothy decides to go out shopping to meet a friend that lives in Shanghai. She confides in her friend Tiffany about Roxy and how she flipped out. Meanwhile the gang is off site seeing but there really sad that Dorothy decided not to come. Roxy decides to text Dorothy and tell her she’s sorry and that she wants to get over all the drama.

Dorothy rejoins the gang and after that they all fly to Beijing. They bond over bargain shopping. Dorothy feels that bargain shopping is the perfect place for Roxy to work out her aggression. Have to bargain shopping they had to the Great Wall of China where they take a million selfies and eat lunch.

Later that night they decide to celebrate their last night by having a traditional Chinese dinner. Dorothy begins to discuss the fight and once again Roxy is annoyed. Roxy just wants Dorothy to shut up. They decide to just get over it and move onto the next subject which involves Roxy’s Facebook boyfriend. Roxy says she’s over it and the relationship is done. They all toast to the trip and end the dinner.