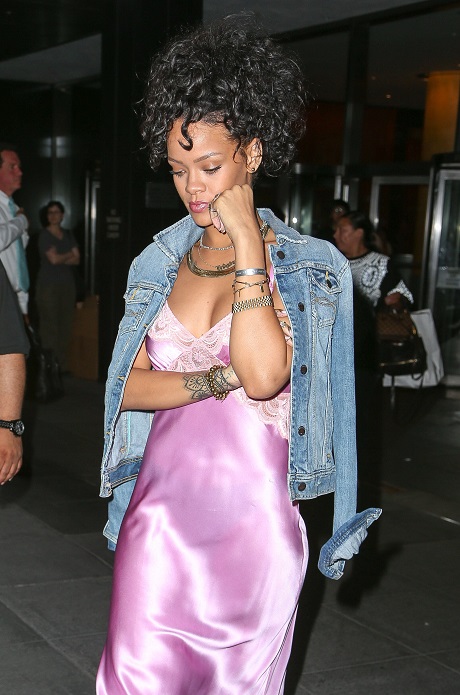 We all know Rihanna has the potential to be an outspoken individual, and she’ll basically say whatever’s on her mind — as is true with most celebrities. Recently, Rihanna unleashed a tweet that said #FreePalestine; however, either she or someone on her team realized it might not be wise to get so involved in international politics because the message was deleted approximately 8 minutes later. A similar situation occurred with Dwight Howard: he tweeted the same note and also deleted it.

What do you make of Rihanna’s decision to tweet out this message and quickly delete it? Do you think there’s a problem with celebrities such as these two getting involved with international issues? I mean, it’s not necessarily out of the norm and we hear about a lot of celebrities commenting on things. Do you think Rihanna should’ve at least issued a statement/note explaining the reasons behind her deleting the post? Leave your thoughts in the comments section below. We’d love to hear from you!