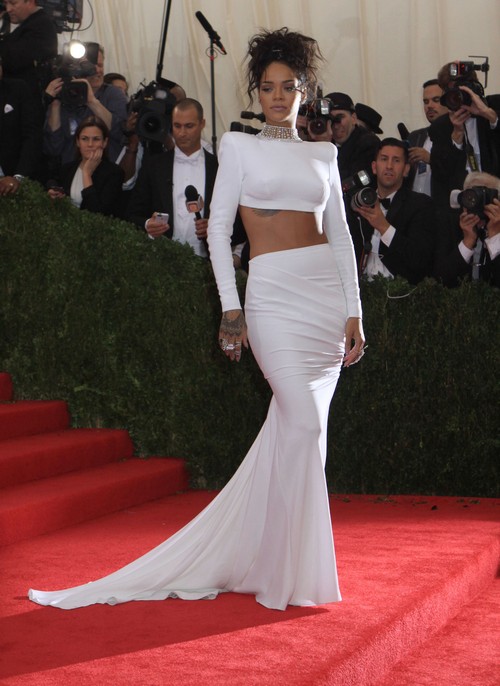 Rihanna and Jay-Z are getting much closer, much to the displeasure of Beyonce. Bey would never outright admit it, but she does have feelings of insecurity crop up from time to time – especially when her husband’s hanging out with women who look like Rihanna. I mean, we all know about the Jay-Z and Rita Ora situation, right? People try to pretend as though Jay-Z’s the perfect husband, even though sources claim that his image couldn’t be further from the truth.

However, one thing I will say for Jay-Z: he always does his very best to help the people that he’s brought under his wing. For example, he’s now signed Rihanna onto his Roc Nation label after she dumped Def Jam. Jay-Z currently has everyone from Rita Ora, J. Cole, Calvin Harris, and Jay Electronica signed to his Roc Nation label, and the addition of Rihanna will definitely add to label’s prestige and income.

Jay-Z was pretty much the guy that discovered Rihanna, and she initially signed on to Def Jam in 2005 when Jay-Z was still involved with the record company. However, when he left, Rihanna had admitted that she didn’t feel comfortable staying at the label when Jay-Z wasn’t a part of it anymore. However, she seems to have done pretty well over all these years, but it looks like she finally came to the conclusion that it was time to jump ship.

She and Jay-Z have always shared a very close relationship, so I’m surprised it took this long for her to make the move. Now, there have also been a lot of rumors about the nature of Rihanna’s relationship with Jay-Z, and her feelings about Beyonce. Many tabloids have reported on the rumored ‘feud’ between Rihanna and Beyonce, but if the rumors are true, then Rihanna trying to hook up with Jay-Z would make sense. Of course, the mentor/mentoree process is rife with complications, especially in the music business, but we’d like to think that Jay-Z was more honorable than that. Then again, it’s Hollyweird, and even supposedly ‘honorable’ men end up cheating on their wives and having affairs.

What do you guys think? Is Rihanna trying to hook up with Jay-Z, or does she only look at him as her mentor in the business? Let us know your thoughts in the comments below.

Met Gala – Rihanna looks the hot temptress while Beyonce appears frumpy – decidedly plump and middle-aged – the only part of Beyonce that looks fresh are her newly upgraded breasts – the finest money can buy.