Jay-Z and Rita Ora’s Love Affair – Rita Denies It But Does Beyonce Believe Her? 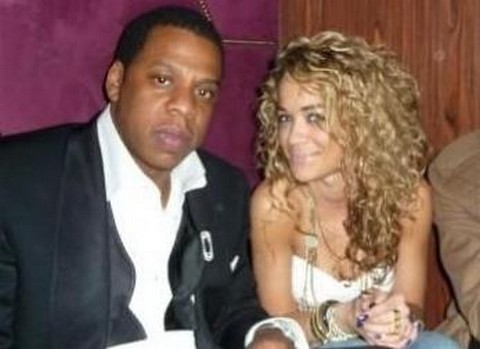 Yesterday we reported here on Celeb Dirty Laundry about Rita Ora’s alleged love affair with Beyonce’s man, Jay-Z. It all began when Holly Hagan – the star of the UK version of Jersey Shore, Geordie Shore – tweeted, “I’ve been told to say that Rita ora has been ALLEGEDLY bukin jay z! I repeat ALLEDGELY [sic}‘ Ora didn’t sit back and allow Hagan to name and shame her; instead, she hit back at Hagan in a series of scathing tweets. Ora wrote, “I stayed silent on one bulls**t rumour but this one I have to speak. Neva eva will any1 includin a red head dum z listin attention seekin whore try talk s**t about me& my family holly wateva da f*k ur name is.”

After back and forth slut shaming, news outlets started picking up the story and it went viral. A representative for Hagan denied that the reality television star knew of any affair before posting the tweet, “Holly was commenting on a topic which she saw trending on Twitter involving Rita Ora. Miss Ora responded to Holly with some unkind words, to which Holly didn’t respond as she’s been a victim of online bullying before and didn’t want to encourage further with a response.”

Ora has a long history of allegedly illicit love affairs. After her split from Rob Kardashian – yes, the Rob Kardashian – he took to Twitter and outed her for her affairs. Kardashian tweeted, “She cheated on me with nearly 20 dudes while we were together… But I mean 20?!!! How can a woman who is so busy trying to start her own career have time to be with so many dudes while in a relationship?!” Soon after, the reality television wannabe star deleted the tirade and left fans of Ora wondering whether there was any veracity to the allegations. She, however, hit back at Kardashian in a recent Glamour magazine interview and insisted that they were still friends “It didn’t work because I was never there. I was like a ghost. I used to get so frustrated with myself and then wonder why I was angry, so I decided it was best to keep it friendly – especially at the moment, when there’s so much going on,” she said in the interview.

What do you believe? Do you think Ora is/was involved in an affair with Jay-Z? Do you think there’s any truth to Hagan’s rumours? Do you think, although she denies the rumours, Beyonce still believes it? Let us know your thoughts in the comments below.