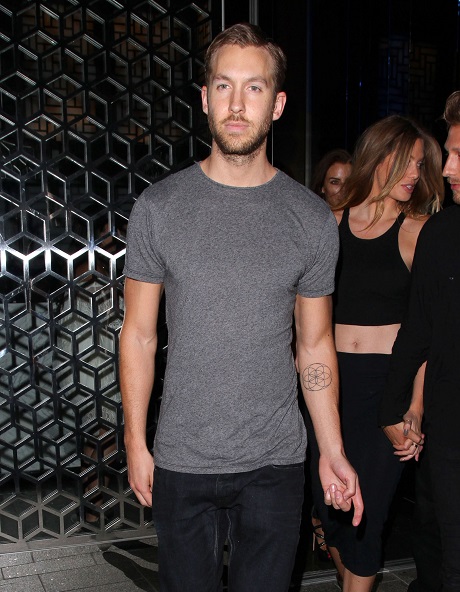 Justin Bieber continues to be a sleazy little pop star. I’m sure you’ve heard the news regarding the current romantic state of Rita Ora and Calvin Harris. They’ve taken their relationship to the next level: splitsville. Apparently, Justin Bieber was at the center of the breakup between the popular DJ and the singer, and sources claim that it was Justin’s touchy-feely-flirty ways that drove a wedge between the couple.

Supposedly Justin and Rita were getting a little too close to one another during their collaborative recording sessions and news got back to Calvin, who wasn’t all too happy with his girlfriend — or Justin Bieber, who should know better than to make a move on someone who’s technically in a relationship. Calvin heard that Justin would rub Rita’s back, she would sit on his lap in the recording studio . . . and who knows what else they did during their “collaborative” sessions.

But Calvin isn’t letting this little breakup get him down in the dumps, as just recently he was seen in Hollywood leaving a popular club with a car full of attractive women.

Calvin has supposedly had Rita’s things removed from his apartment, and it’s not looking like they’re going to reconcile anytime soon. Time to move on, I suppose. Time to move on.

What do you think about that little snake Justin Bieber being so snaky? Leave your thoughts in the comments section below. We’d love to hear from you.