Did Rita Ora and Jay-Z Hook Up – Did They Cheat On Beyonce? (PHOTOS) 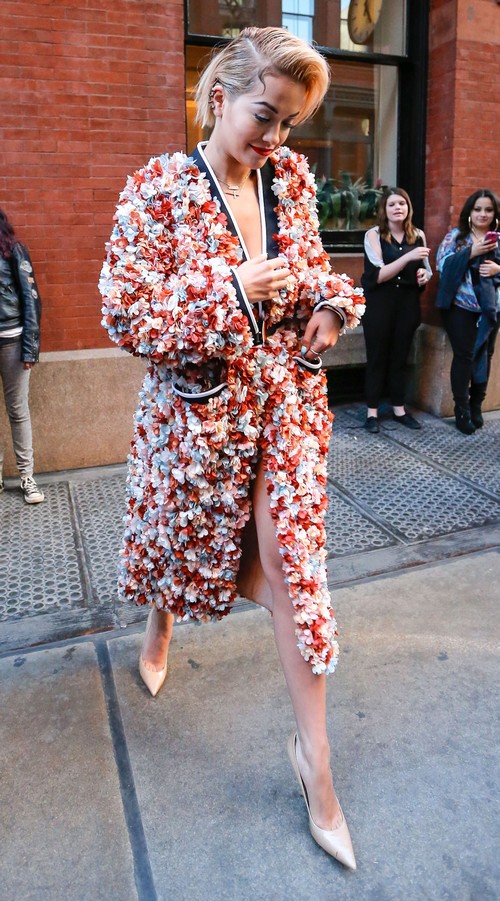 Rita Ora has vehemently denied that she ever hooked up with Jay-Z, but let’s face it – who really believes her? First of all, why make such a big deal out of denying the rumor when you can just laugh it off in the first place? When asked about the rumors in a recent radio interview, Rita went berserk on the interviewer, and shouted about how she would…. would… never… insult…. Beyonce!

Right, we get it, Rita. You don’t want Beyonce to think that you’ve been ‘boinking’ her husband, because that will mean the end of your career. Not only that, but Jay-Z will get a big fat helping of cheating husband pie as well, and no doubt the media crucifixion that comes along with that.

Obviously, neither Rita nor Jay-Z has admitted to having an affair, despite several sources and rumors that state otherwise. Obviously, we also can’t definitively say that they did have an affair, considering that there’s no proof. However, there have been a lot of whispers floating around about these two for quite some time, and considering Rita’s meteoric rise to fame, it’s not hard to believe that she might have had a helping hand from Jay-Z.

Rita was spotted leaving her hotel in New York City on April 24th, but she was calm and collected when surrounded by the photographers. She hasn’t lost her cool since that interview yesterday, but I don’t think she will be so careless in the future. She probably realizes that not commenting or laughing off the rumors will be much more beneficial to her future and her relationship with Jay-Z and Beyonce – whether the rumors are actually true or not.

Here’s Rita Ora leaving her NYC Hotel April 24 – doesn’t she look like the cat who swallowed the canary, or swallowed something anyway? Do you think Rita and Beyonce are on speaking terms?