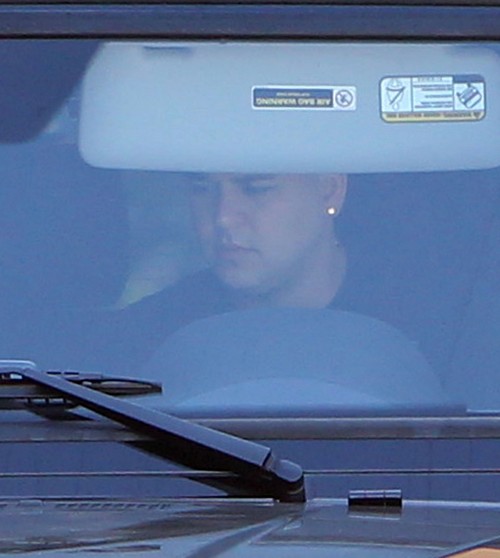 The Kardashian family lives by one golden social media rule, don’t ever admit your life isn’t as fabulous as you pretend it is on KUWTK. However, Kris Jenner’s troubled son Rob Kardashian seems to have forgotten their social media standards and tweeted a pretty depressing and emo message to his Twitter followers. Yesterday Rob Kardashian tweeted, “No one will ever understand how much it hurts.” Bleak, right?

So, what has the Keeping Up With The Kardashian star so depressed that he felt the need to tell the world how much emotional pain he was in? Well, frankly the possibilities are endless. Over the past two years Rob went from a hot teen heart-throb and DWTS star, to a 270 pound mess. This month on Keeping Up With The Kardashians he even broke down in tears because he was so ashamed of how large he had become, and he learned that his liver was shutting down from his rapid weight gain. To make matters worse, rumor has it his Mom Kris Jenner has told him if he doesn’t lose 70 pounds by May he will not be allowed to attend Kim and Kanye’s wedding.

Another possibility for his misery is Rob Kardashian’s alleged baby that is living in Florida. Rumors have been emerging for months that Rob had a secret relationship with a woman in Florida and they had a child together. His Mom Kris Jenner is ashamed of the baby and the baby-mama’s less than lustrous lifestyle and refuses to allow Rob to publicly claim the child.

Let’s just say, his baby-mama is no Scott Disick or Kanye West. Some sites have even reported that Kris has given her son an ultimatum, either go live with his baby and baby–mama in Florida and prepare to be cut out of the Kardashian family tree, or choose to ignore his child on the other side of the country and stay in Kris’s good graces so that she doesn’t cut him off. Rob isn’t like his sisters, all he has is a sock line with Neiman Marcus, he can’t afford to go against Kris’s wishes or else he will have to kiss his lavish lifestyle good-bye.

Do you think Rob Kardashian’s obesity and broken heart over the child he isn’t allowed to see have taken a toll on him? Are you surprised he has made such a public confession about the emotional pain he is enduring? Let us know in the comment section below.