Rob Kardashian Moves To Florida To Be Near Secret Love Child 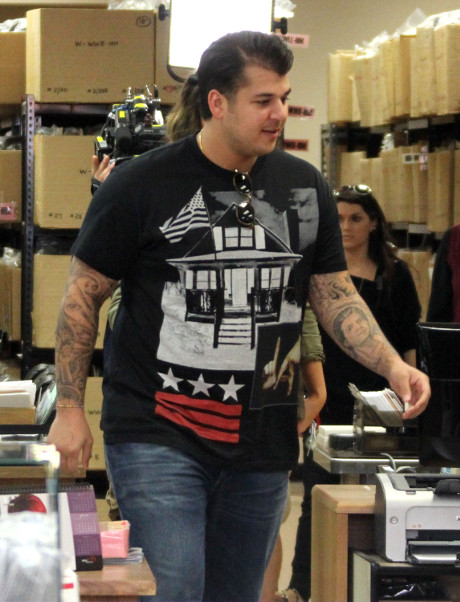 Rob Kardashian moved to Florida to be near his secret love child! The reality TV star moved away from his family to the sunny lands of Florida, where, supposedly, his alleged child (and unidentified mother) currently reside. Everyone first caught wind of the idea that Rob has a child when he began making subtle, but blatant, references to his son on Twitter.

“Shout to to God … Shout out Mom, shout out to my son’s mom cuz she been holding me down since high school n shout out to my son Robert the Third. lol,” read one post. Red flags were raised when he quickly deleted it, perhaps fearful of what people might start to say about him — and potentially his mother’s empire. He also had a brief exchange with Nicole Richie, wherein he alleged that his son does not live in L.A.

If the notes aren’t convincing enough, a friend of Rob’s recently saw a teddy bear on the bed in his Florida home. When they asked who the toy was for, Rob admitted that the present was for his son. More insiders reveal that Rob told them that his son was the result of a Miami fling four or so years ago.

If Rob does have a son, resulting from a fling relationship, it’s clear that the mother isn’t seeking any type of attention or fame, as she would’ve *probably* already come out with the news. What do you think about all this shady news? Do you think Rob could possibly have a child? Let us know your thoughts in the comments section below.