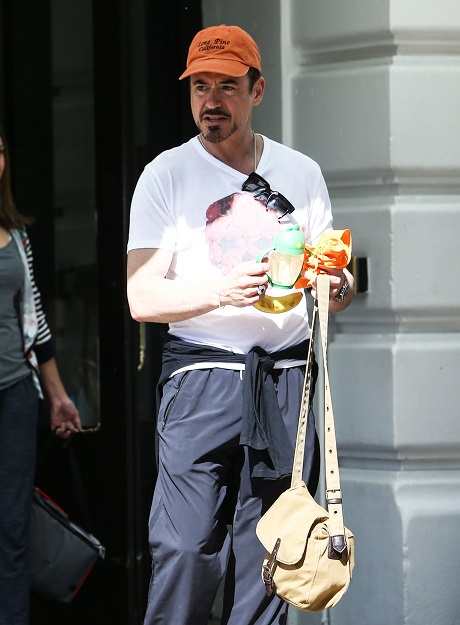 Robert Downey Jr. announced on Wednesday that he and his wife, Susan Downey, are expecting their second child together. On Wednesday, the Iron Man actor tweeted, “Yo. Susan. Me. Baby. Girl. November. Scorpio?” While the message is slightly cryptic, it sure the heck sounds like it is a baby announcement. The couple already has one child together; they had Exton Elias in February 2012. Robert has another son, Indio, from a previous relationship.

RDJ and Susan have been married for nearly nine years and this news is definitely exciting for their growing family. Downey definitely knows how to release some baby news, doesn’t he? He’s never been one to do things the normal way — and when he does something, he always likes to add that signature RDJ flare.

What do you think about Robert and Susan expanding their brood? Robert experienced a battle with drug addiction years back and, while it seems as if he’s gotten back on track, his son, Indio, appears to be falling into the same dark chasm Robert found himself all that time ago. Hopefully Robert can help his son out and give him the attention he requires — even in light of this exciting new journey that he and his wife are about to embark on in the coming months.