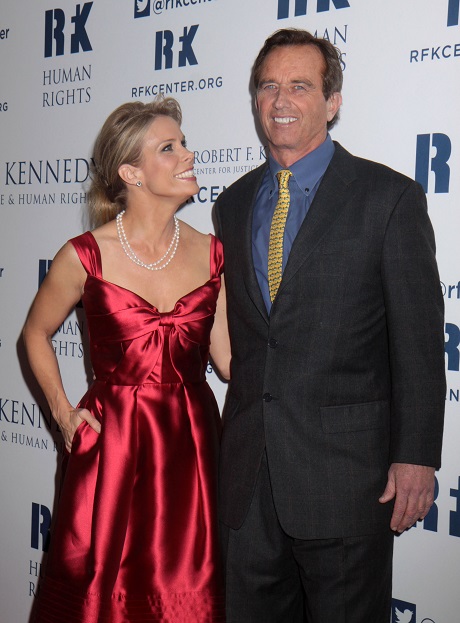 What’s that old saying about how a leopard never changes its spots? Well, apparently, Cheryl Hines either hasn’t heard it or is totally ignoring it in favor of marrying into the Kennedy family. She and Robert F. Kennedy Jr. are scheduled to marry in a few weeks when the whole family is together in Hyannis Port for its yearly vacation but that isn’t stopping him from messing around. According to the June 16th print edition of The National Enquirer, Bobby has been hooking up with a woman from his gym and he is hardly keeping the situation quiet.

Sources say that everyone has heard the stories about Bobby and his side chick and that he has done nothing to quiet the talk. In fact, he has all but admitted to never being faithful to any wife or girlfriend ever so it’s kind of mind-blowing that Cheryl would choose to look the other way.

She and RFK Jr. first hooked up a few years back when he was separated from his wife Mary Kennedy who later hung herself. His three children with Mary are unsupportive of his relationship with Cheryl and RFK Jr.’s most recent actions sure don’t seem like those of a man who really wants to get married — so why on earth is he doing it?

Why do you think that Cheryl stays in this relationship with a man that she knows is disloyal? Do you think she’s that desperate to be a Kennedy?