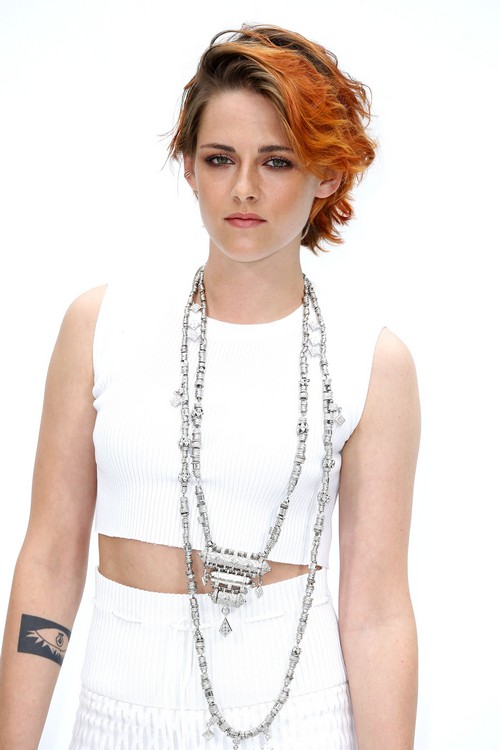 Robert Pattinson and Kristen Stewart have been playing hot and cold with each other for the better part of two years, but Rob has been making it abundantly clear during the past few months that he’s over Kristen. In fact, he’s going out of his way to prove that he’s over her, and that might even include dissing her in front of other people.

According to OK! Magazine, Rob was overheard insulting Kristen and calling her out for being a lesbian at a house party in Los Angeles. A supposed eyewitness tells OK!, “After a few beers, Rob started going on about Kristen’s new haircut, saying she looks dreadful and that he never would’ve let her do that when they were together. He even started questioning her sexuality… given the short cut and the fact that Kristen has really only been seen with girls since their split.”

Um, does the tabloid remember that Kristen had an even shorter haircut when she was filming the Runaways – and she and Rob were still together? It was just a few years ago, but I don’t think Rob would have ever ‘let’ Kristen do anything. They’re both grown adults, and they make their own decisions. Did Rob ‘let’ Kristen cut her hair for The Runaways? No, Kristen did it to fit the role of Joan Jett for the movie. As such, Rob has absolutely no say in her hair cut, nor should it be used to decide her sexuality.

The last part of the story is just mean-spirited, especially because I doubt Rob would ever ‘question’ Kristen’s sexuality based on her hair cut. If we were judging people based on hair, Rob would never make it out of the homeless hobo category, and I think he knows that. Let’s not degrade him in public by pretending that he’s so superficial that he wouldn’t date a girl with short hair.