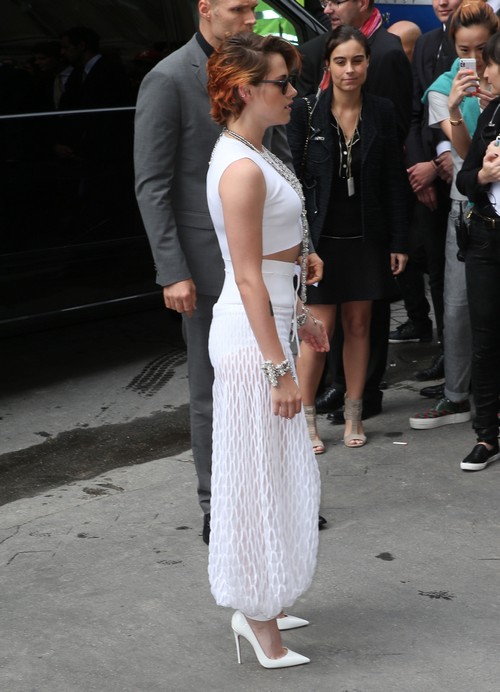 This is probably the first and last time that Kristen Stewart actually wishes the press was right about her and Robert Pattinson dating. We’d been hearing rumblings about Kristen getting back together with Robert Pattinson and dating again, despite the glut of recent reports of him hunting for a new girlfriend. But sources now tell us that Kristen actually wishes the press was right, and that she and Rob are still playing push and pull with their on-again/off-again relationship. Apparently, Rob is still refusing to make things official and take her back, even though they’re still have a friends with benefits relationship going.

It’s not hard to imagine why Kristen is still pining for Rob, especially if they’re still in touch and hooking up. She’s the one who messed up, sure, but that doesn’t mean that she suddenly stopped having feelings for Rob. In fact, sources say that she’s the one who’s trying so hard to make sure that she and Rob don’t lose touch, even though their relationship is still strained. Clearly, he’s trying to pull away and she’s just holding on tighter.

Sorry Twi-hards, there’s no good news on the #RobstenUnbroken front yet. As long as the media keeps writing about Rob and Kristen, I doubt the paparazzi will every lose interest in them – and that means that Rob and Kristen will continue hiding from the public. We won’t know what’s really going on with them until they actually go public with their reunion/non-reunion, much as they did last fall. Unfortunately, I think they learned from their mistake, and they’re now keeping their reunion to private settings only.

Even so, Kristen’s reportedly been telling her friends that Rob is refusing to take her back, even though she’s made her interest plenty clear. Their relationship is bound to end in ugly tears sooner or later, but I’m guessing that Kristen won’t give up that easily.