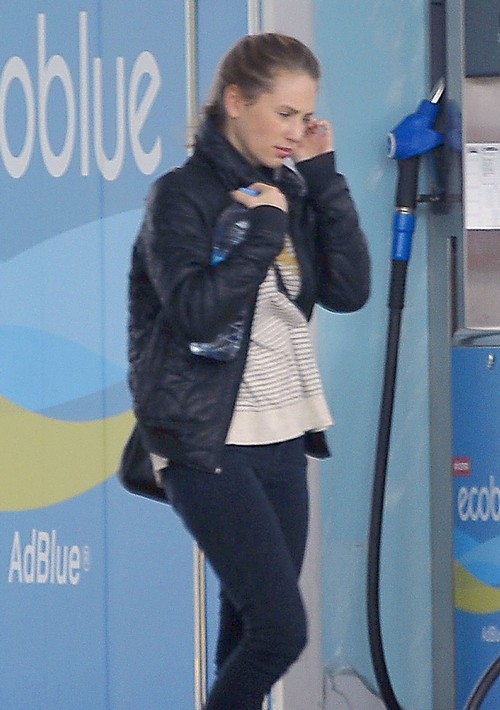 Twihards can breathe a sigh of relief today, there may be a tiny chance that a reconciliation is in the works between Robert Pattinson and Kristen Stewart. We reported on Friday that Dylan Penn was rumored to be spending a weekend in Madrid, Spain with Rob. Penn was photographed arriving at the Spanish airport, grinning ear from ear, clearly excited about the romantic weekend the couple had planned.

We all waited with bated breath over the weekend for photos of Rob Pattinson and Dylan Penn to emerge, but they didn’t. It turns out Rob never made it to Spain. Instead, photos of Dylan alone in Madrid surfaced, clearly upset and arguing with someone on her phone [see gallery below], most likely fighting with Rob  for ditching her.

So, why did Rob bail on Dylan at the last minute and leave her hanging in Spain? Well, that’s open for interpretation. There may have just been a scheduling conflict, he is currently still filming the highly anticipated project titled “Life” in Toronto. Some Rob and K-Stew shippers are speculating that when Kristen caught wind of Rob and Dylan’s weekend in Spain she reached out to her old flame and begged him not to go, and threatened that a publicized weekend with Dylan would ruin any chances of them reconciling.

The old saying really is true, “you never know what you have until it’s gone,” or in Kristen’s case almost gone. The thought of Rob spending a romantic weekend in Spain with someone else scared Kristen, and she realized she wasn’t ready to completely give up on their relationship.

Do you think Rob cancelling his weekend with rumored hook-up buddy Dylan Penn is a sign that he and Kristen Stewart may be getting back together sometime soon? Let us know what you think is going on between Dylan, Rob, and Kristen in the comment section below.