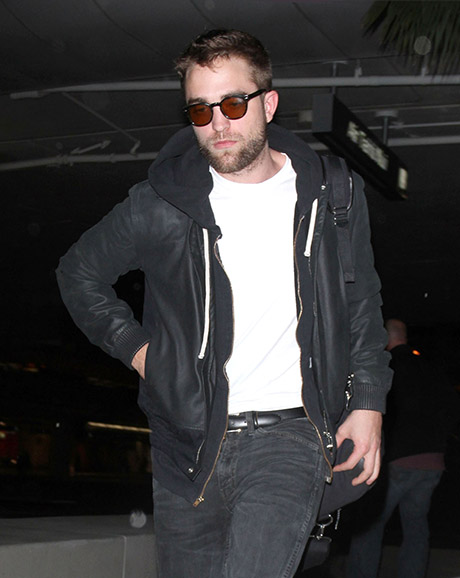 The rumors of a Robert Pattinson/Katy Perry relationship are beginning to swirl again. The celebs have been close friends for about six years and they have been very successful at keeping their relationship strictly in the friend zone. However, their run-in at Coachella has people talking.

Life & Style is reporting Katy and Rob may have hooked up on April 12th at the music festival. The two were seen being very affectionate with each other and one source claimed they kissed.

“He planted it on her. At one point, they held hands. He was like a puppy dog around her,” the source told Life & Style. But don’t expect an official announcement yet. This may have been just a Coachella fling. A witness to the kiss overheard Katy saying, “You know this won’t work.”

“Rob adores her and his family loves her. He knows he really has his work cut out for him. It’s going to take a lot of wooing for her to see him as more than just a friend,” a close friend to Robert told Life & Style. “There is so much sexual tension between them. Something was bound to eventually happen,” another source revealed.

Has Rob really been trying to hook up with Katy for all these years? Did Katy finally give in at Coachella? Some people are saying hell no. Although they both attended Coachella and were seen having a good time, Gossip Cop sources say there was no kiss between the two friends and there was no talk of ever being anything more than friends.

Katy and Rob are both currently single but it’s unlikely they actually hooked up. However, it is Coachella, so who knows what really went down. Do you believe Katy Perry and Robert Pattinson kissed? Is this a couple you’d like to see happen? Tell us what you think and leave a comment.