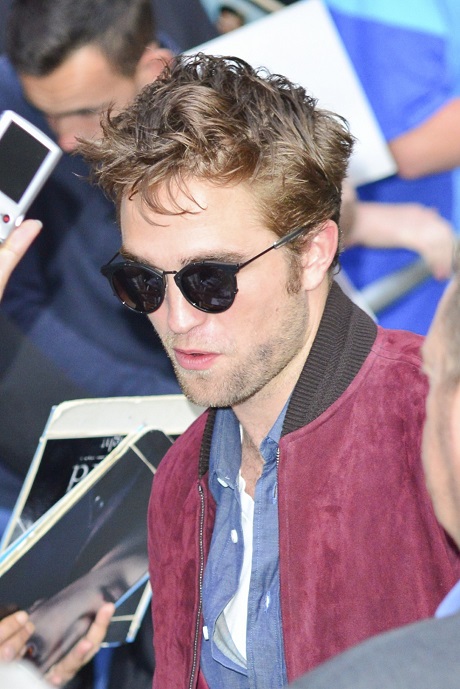 Robert Pattinson seems to have a pretty clear-cut message for all of us when it comes to Kristen Stewart: It’s time to forget about the Kristen Stewart/Rupert Sanders affair. Sure, when she was first caught kissing the then-married director Rupert Sanders back in 2012 it likely felt like the end of the world for Rob. He and Kristen had been together for years at that point and they had millions of Twilight fans believing that their romance was absolutely perfect. The reality of Kristen’s trampire activity left Rob crushed and unable to trust her ever again.

Eventually, Rob dumped Kristen and, quite obviously, got over it. In the Aug. 18th print edition of In Touch Magazine, Rob tries to minimize the impact of Kristen’s behavior by saying, “honestly, who gives a s—?” It has been years since Kristen was photographed kissing Sanders and both she and Rob have been actively linked to other people, yet there are a lot of Twilight fans that would love to see them reunite.

From the sounds of things, Rob really is over it. He’s no longer angry and also no longer emotionally tangled with Kristen. He sounds kind of detached and indifferent, which is proof that whatever existed between them is finished. Now, he just wishes that the fans would catch up, or at the very least stop asking about his ex! Do you think that Rob is in a much better place without the chronic misery princess weighing him down? It’s kind of ironic how after she was tagged as a Hollywood home wrecker her career started to really backslide, isn’t it? Tell us your thoughts on Rob and Kristen in the comments below!