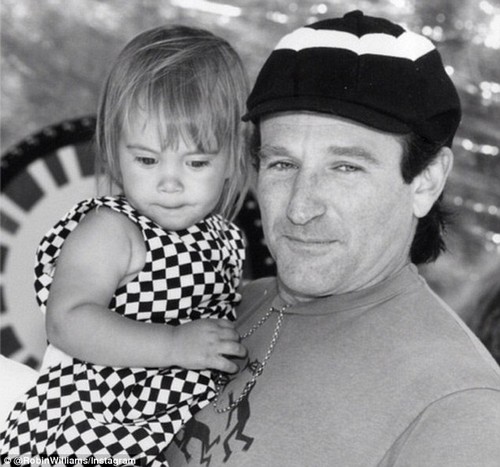 Robin Williams was found dead today and suicide is suspected. His family including his current wife Susan Schneider and his daughter Zelda Rae Williams react: “This morning, I lost my husband and my best friend, while the world lost one of its most beloved artists and beautiful human beings. I am utterly heartbroken,” shared the widow of Robin Williams, Susan Schneider in a statement provided to CNN. The statement continues, “On behalf of Robin’s family, we are asking for privacy during our time of profound grief. As he is remembered, it is our hope the focus will not be on Robin’s death, but on the countless moments of joy and laughter he gave to millions.” This, after the actor succumbed to his severe depression by taking his own life, found dead this morning by way of asphyxia.

Robin’s daughter, Zelda Rae Williams, 25, Daughter of second wife, Marsha Garces, is reportedly devastated and inconsolable over the loss of her father whom she was extremely close to. Once of the actor’s last tweets was a birthday wish to his daughter who, as sources have shared with Hollywood Life, is “inconsolable and this is her worst nightmare. Absolutely devastated.” Robin’s eldest child has not yet released a statement. Robin’s manager of 35 years David Steinberg, shared this statement “Nobody made the world laugh like Robin Williams. My brother, my friend, my soulmate, I will miss you,” reports The Hollywood Reporter.

Thousands of fans are sharing their condolences and devastation over the actor’s death. We await statements from both former wives, Valerie Valardi, and Marsha Garces, who Williams had children with.