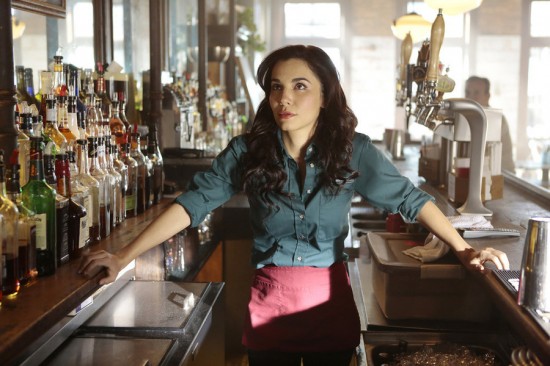 Tonight on USA Network ROYAL PAINS continues with another episode in its sixth season called, “Steaks on a Plane.” On tonight’s show Firefighter Randy is determined to win Divya’s heart.

On the last episode Jeremiah went out and made himself a new friend, while Divya was on the lookout for a nanny. Hank Evan and Paige wanted to see Eddie and Emma get together and have a relationship with each other. Did you watch the last episode? If you missed last week’s episode we have a full and detailed recap, right here for you.

On tonight’s show Hank travels to Monte Carlo and finds himself in the middle of a plot to rid Boris’ bank of a shadowy depositor. Back in the Hamptons, Divya and Jeremiah treat a group of firemen who have fallen mysteriously ill. Paige and Evan find themselves in need of a new place to live, and the most convenient solution may bring its own set of challenges.

The family throws a Hunger Games-themed party to help Emma meet more people her own age. Persistent about the theatrics, Evan shoots a flaming arrow into the air which accidentally lands on his roof. The fire department shows up to clean up his mess. During the visit, Divya spots that the captain is ill and insists on doing a checkup. Meanwhile, things get worse for Evan and Paige as they find out about their eviction.

In Monte Carlo, Hank meets with Boris who asks for Hank’s help to bait a shady depositor. Soon after, Hank meets with the depositor who asks him to help her remove funds from Boris’ account. She mentions that she will pay him generously. Boris is well aware of the woman’s motives; he continues prepping Hank for the next steps in his plan. Hank is to go to Boris’ bank where he will help the woman transfer Boris’ funds to her account. The woman refuses to accept the electronic transfer. She demands cash and also demands that Evan packs the cash himself and transports it overseas for her personally.

Back home, Paige and Evan’s therapist, Bob, comes to their rescue with a beautiful guest house for rent. After moving into the small guest house, the couple starts to argue about their tight living arrangements now that Emma will be moving in. Overhearing their yelling, Bob chimes in and leads them in a brief therapy session wherein the couple discuss their feelings about Emma. They realize that for the sake of their marriage, Emma is better off living with Hank. Emma seemed to have taken the news in a very mature and understanding manner.

Jeremiah and Divya discuss getting back out there and dating other people. They each encourage the other to take the leap back into the dating world but seem to both be in denial. By the end of the episode, Divya opens herself up to a date with one of the firefighters. Meanwhile, Jeremiah is still trying to overcome his nerves as he backs down from asking out the waiter from the bar that he has been frequenting.

After traveling overseas, Hank convinces the woman to let him treat her throbbing ankle. He explains her condition as potentially “life-threatening” to stall her from depositing the money. The woman allows Hank to treat her; however, she is suspicious the entire way through. Shortly thereafter, she becomes anxious and requests that the money be deposited immediately. Upon leaving the house with the cash, she is greeted and arrested by Boris and a team of policemen.