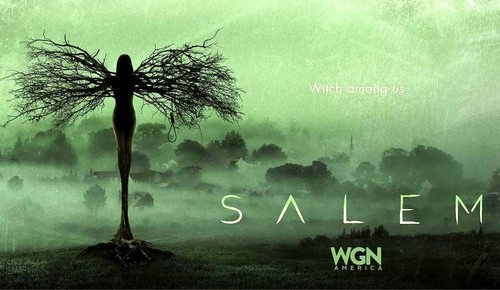 Tonight on WGN America SALEM continues with a new episode called, “Our Own Private America.” On tonight’s episode romantic feelings between Mary and Alden intensify; Cotton deals with a unique accusation in the trials; and a powerful witch hunter makes his way towards Salem.

If you have never watched Salem it is set in 17th century colonial Massachusetts—a significant time in the history of American politics, religion and society—Salem brings you the real story behind the infamous witch trials. In Salem, witches are real, and they’re behind it all.

On the last episode Alden and Cotton finally found themselves encountering a real witch; Mary came up with an idea to get the discord within the coven.  Did you watch last week’s episode?  If you missed it we have you covered with a full and detailed recap, right here for your enjoyment.

On tonight’s episode Mary and Alden’s feelings towards each other intensify, Cotton is in the trials and ends up having to deal with a unique accusation; while this is going on a witch hunter wanders into Salem, the witch hunter’s power is unlike anything anyone’s seen.

Tonight’s episode is going to be another fun one, which you won’t want to miss. So be sure to tune in for our live coverage of Salem’s season 1 episode 7 — tonight at 10PM EST! While you wait for our recap, check out the preview below.