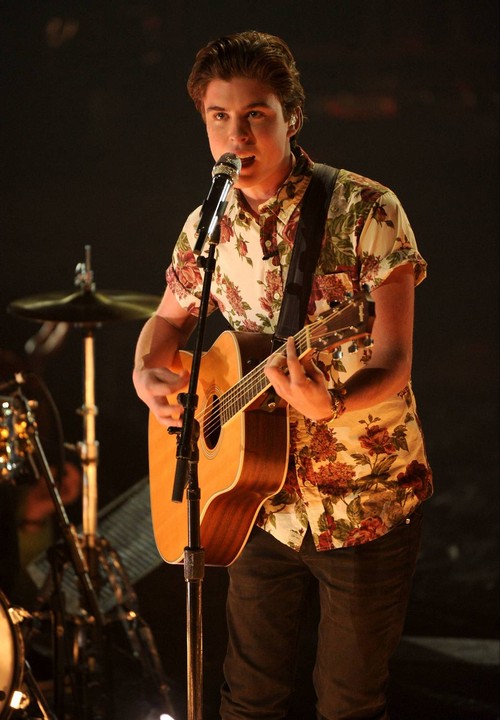 Sam Woolf sang, “Lego House” by Ed Sheeran which was his original audition song.  This week the contestants will have a chance to prove how much they have grown during the competition by sing their audition song and the judges and America will see the contrast. Did you watch tonight’s performance show?  Just in case you missed tonight’s show we have you covered and you can read our full and detailed recap here!

On last week’s episode Sam sang “Hey There Delilah” by Plain White T.  Jennifer loved his rendition saying, “You know that song was perfectly suited for you, that’s the exact type of music I think you should be doing. If I could say one thing, it’s did you have anyone in mind that you were singing to? You know, so we really get the feeling that there is a Delilah out there.”