BY Amanda Austin on May 6, 2014 | Comments: one comment
Related : George Clooney, Sandra Bullock 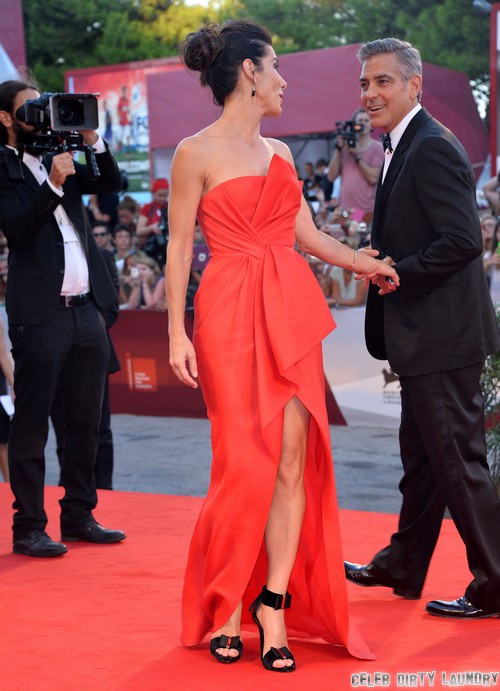 Have you always thought that Sandra Bullock and George Clooney would make the perfect couple? Well, Sandra has! Rumors have tried to link the actors together multiple times in the past, and the media went into a frenzy in 2013 while the pair were working together on the set of Gravity. Sandra was even quoted later on in an interview when she mentioned that George had bonded with her son Louis on the set of the movie and her son really took a liking to the star.

Last week it was announced that George was finally settling down and was engaged to 36 year old international lawyer Amal Alamuddin. We were all shocked to hear that George was officially off the market, but no one of us were as shocked as Sandra, and according to the May 12th edition of National Enquirer – Clooney’s Gravity co-star is devastated by the news.

A source close to Bullock told National Enquirer that, “Sandra has secretly carried a torch for George for years. As long as he was single, Sandra held out hope that they might get together romantically someday. But, now that George is set to marry Amal, she’s a wreck. Hearing about that [George’s engagement] just devastated Sandy. It meant that George is off the market for good. It’s hard for Sandy to wrap her mind around it.”

What do you think about National Enquirer’ story on Sandra and George? Do you think that Sandra is truly devastated over George Clooney’s engagement? Let us know in the comments below!