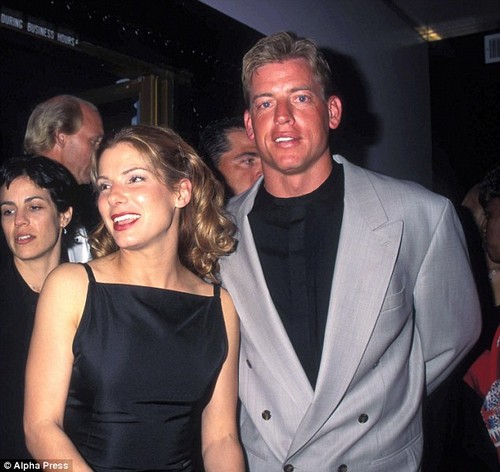 It seems like everyone, including crusty media journalists, is rooting for Sandra Bullock to find love again, especially after getting her heart broken so brutally last time around. Sure, she’s happy being single and she’s a kickass single mother, but wouldn’t it be great to see Sandy happy with a man? Especially after her ex-husband turned out to be such a douchebag?

Well, according to the UK edition of Closer, Sandra might be dating someone on the down low. The Closer’s source claims that Sandra is seeing one of her old ex-boyfriends, former football pro turned sportscaster Troy Aikman. Troy divorced his wife in 2011, so he’s single, and he lives outside of Dallas. Considering that Sandra has a home in Austin, this story’s not completely unlikely.

Anyway, Sandra and Troy used to date way back in the day, but they broke up in 1995 because the distance became too much. However, Closer claims that Sandra and Troy got ‘back in touch through a mutual friend’ right before the Christmas holidays.

A source tells Closer, “Sandra and Troy have always got on well, but she doesn’t want to publicly date him until she’s 100 per cent ready for a relationship. She’s also worried about getting her heart broken, so a no-strings fling is fine, but she’s not committing to anything yet.” The source also adds that Sandra wants to make sure that Troy’s legit before introducing him to her young son, explaining, “Sandra hasn’t introduced Troy to Louis [Bullock] as anything other than mommy’s friend.”

Well, that’s smart. Imagine the issues that the kid could grow up with if he’s meeting a different ‘boyfriend’ every other week. I’m sure Sandra’s dating around right now, although she’s keeping things super quiet for the sake of her privacy and her son’s privacy. She’s probably not introducing her boyfriends to her son, and I doubt she will – not until she’s sure that it’s very serious.