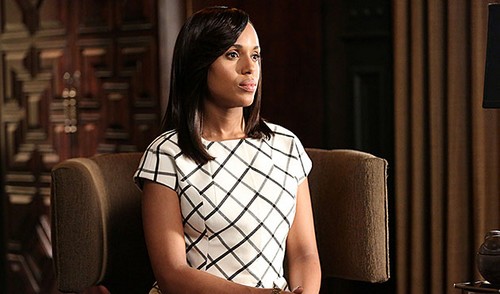 The Scandal spoilers for season 4 episode 9 “Where the Sun Don’t Shine” reveal a shockingly intense episode and it is the Fall midseason finale. Sadly, we won’t be seeing another episode after next week’s episode until late January 2015.  November 13 Scandal returned to ABC and we were treated to some more OMG moments on season 4 episode 8.  I just cannot wait for the next episode, to wet your appetite we have some juicy spoilers and a sneak peek video of “Where the Sun Don’t Shine” which will air November 20th, for your enjoyment below!

On tonight’s show Fitz and Jake continued to fight over Olivia, but Olivia needed them to focus on the real prize, taking down Command. Meanwhile, Huck longed to connect with his family and Quinn continued tracking Kubiak. Back at the White House, Cyrus’ exploits finally caught up to him, but Elizabeth North’s plan was much bigger than anyone ever expected.  More happened!  Did you watch tonight’s episode?  We did and we recapped it right here for you.

Official ABC Synopsis: “Command is always two steps ahead and everyone in Olivia’s life is in danger. Meanwhile, Cyrus is forced to face the consequences of his behavior, and Huck and Quinn finally figure out just what Elizabeth North has been planning, but they might be too late to stop it, on the winter finale.”

On the next episode everyone is danger.  Guest Starring on the episode Emmy Award winner Joe Morton, Portia De Rossi, Jon Tenney, and George Newbern.  “Where the Sun Don’t Shine” was written by Mark Wilding and directed by Tony Goldwyn.

Scandal Season 4, Episode 9 Fall Finale “Where the Sun Don’t Shine” airs on ABC on November 20th, 2014. Check out the preview video spoilers from the episode below and let us know in the comments below what you think! We will have a detailed live recap blog going on CDL for the exciting midseason finale for Scandal season 4 episode 9 so make sure you come back!