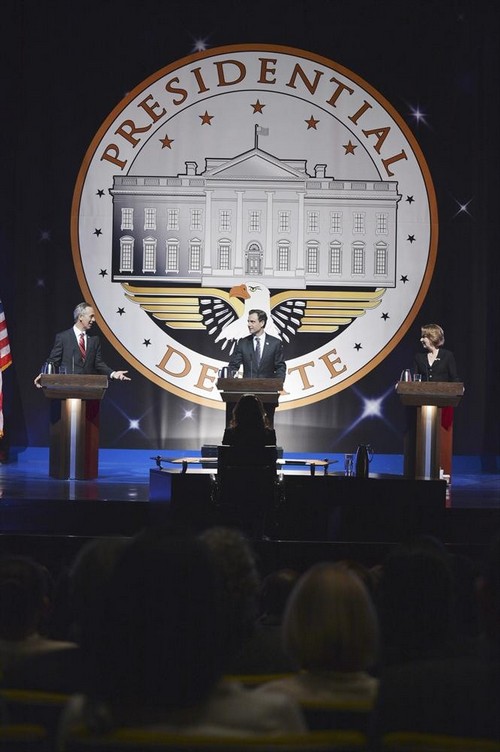 Tonight’s episode of Scandal was, as always, deliciously scandalous!  This week Gladiator’s got a clearer understanding of just how close Mellie and Andrew, Fitz’s choice for VP have been over the years.  I cannot wait for next week’s episode and to wet your appetite we have some juicy spoilersand a sneak peek video of “We Do Not Touch the First Ladies” which will air March 13th, 2014, for your enjoyment below!

On tonight’s show and tonight’s episode it featured a kiss between Mellie and Andrew that shows their fling isn’t over yet. More twisted secrets and lies envelope the entire cast with James still planning on ruining Cyrus and Quinn proving that the hurt that Huck has caused her can’t even be fixed by one of Liv’s pep talks. Rowan has told Liv that he intends to completely demolish the White House with Fitz in it and by the end of this episode it became very clear that Liv’s mother is also ready to wreak havoc leaving me to wonder who will do more damage first!  If you missed tonight’s episode you can read a full and detailed recap, right here.

Spoiler alert: If you’re one of those people who doesn’t like spoilers, stop reading now! We have some juicy spoilers for you about the season 3 episode 13 of ABCs “Scandal.”

Official ABC Synopsis:  “A well prepared Fitz gets thrown a curve ball during the first presidential debate, Olivia receives shocking news and is forced to make an extremely difficult decision, and the gladiators work with a powerful CEO accused of murder. Meanwhile, one dirty little secret could lead to deadly consequences.”

On the next episode Fitz enters the first presidential debate.  “No Sun on the Horizon” was written by Matt Byrne and directed by Randy Zisk.

Scandal Season 3, Episode 13 “No Sun on the Horizon” airs on ABC on March 13th, 2013. Check out the preview video below and let us know in the comments below what you think!