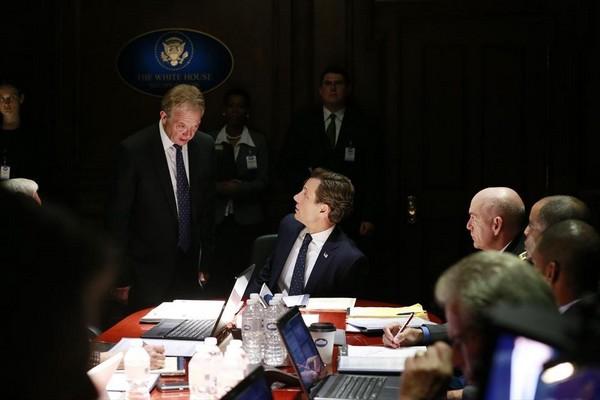 The Scandal spoilers for season 4 episode 8 “The Last Supper” reveal a shockingly intense episode that no fans will want to miss coming up next week, November 13. Tonight’s Scandal returned to ABC and we were treated to some more OMG moments.  I just cannot wait for the next episode, to wet your appetite we have some juicy spoilers and a sneak peek video of “The Last Supper” which will air November 13th, for your enjoyment below!

On tonight’s show Olivia was summoned by a convicted assassin who claimed he was wrongly accused, and Mellie became intrigued by a former first lady whose stories seem to be strikingly similar to her own. Meanwhile, Elizabeth inched closer to corrupting the White House and Fitz made a shocking move.  More happened!  Did you watch tonight’s episode?  We did and we recapped it right here for you.

Spoiler alert: If you’re one of those people who doesn’t like spoilers, stop reading now! We have some juicy spoilers for you about the season 4 episode 8 of ABCs “Scandal.”

Official ABC Synopsis: “Fitz and Jake continue to fight over Olivia, but Olivia needs them to focus on the real prize, taking down Command. Meanwhile, Huck longs to connect with his family and Quinn continues tracking Kubiak. Back at the White House, Cyrus’ exploits finally catch up to him, but Elizabeth North’s plan is much bigger than anyone ever expected”

On the next episode people learn to keep their friends close and their enemies closer.  “The Last Supper” was written by Allan Heinberg and directed by Julie Anne Robinson.

Scandal Season 4, Episode 8 “The Last Supper” airs on ABC on November 13th, 2014. Check out the preview video and some photos from the episode below and let us know in the comments below what you think!