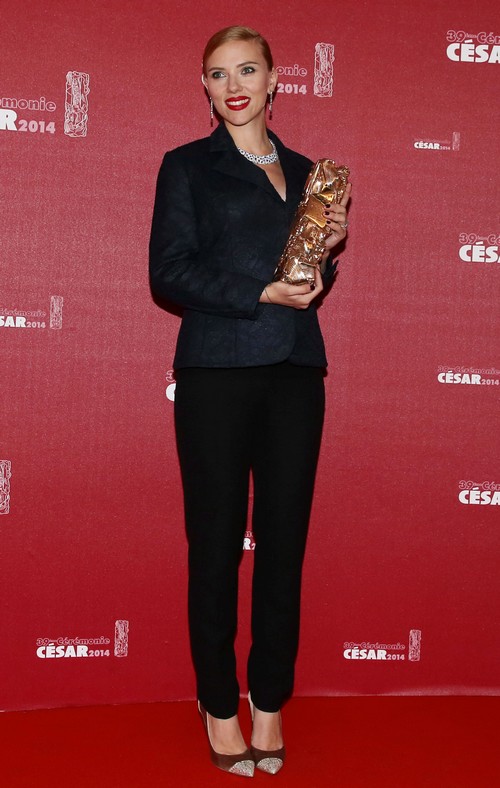 While many celebs were busy celebrating the Oscars last night, Scarlett Johansson had something else to celebrate. The “Her” actress and her fiancé Romain Dauriac are expecting their first child together, and the actress is reportedly already 5 months along.

Johansson, 29, became engaged to Dauriac, a French journalist, in September 2013 after about a year of dating. There are no wedding plans just yet and the A-list actress doesn’t seem to be in a big hurry to make another trip down the aisle. She was previously married to Ryan Reynolds, though their union only lasted about three years.

In October, Johansson gushed about her fiancé in an interview in Esquire, all the while commenting on how her former marriage was something she wasn’t truly invested in, something she wasn’t capable of caring about that much. Scarlett courageously repesents SodaStream despite the ignorant anti-Semitic and anti-Israeli backlash from BDS she has faced. Good for you Scarlett – stay strong and raise strong children.

Though this will likely be a situation of carriage before marriage, the two seem very happy together and will likely make it down the aisle eventually. Congrats to ScarJo.