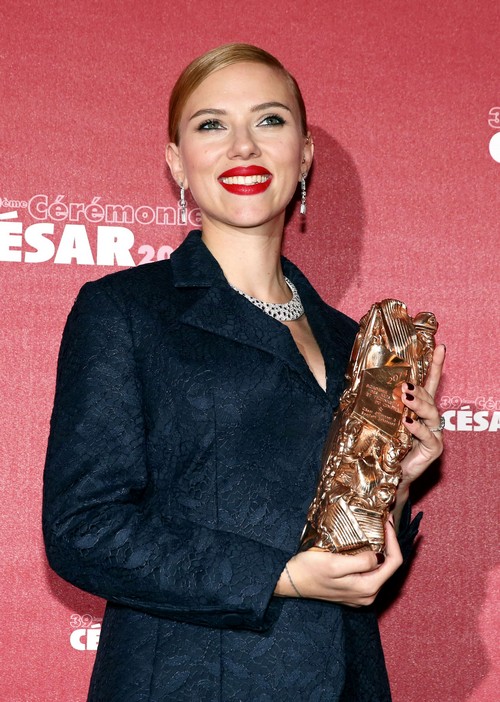 As some of you may already know, there was a big controversy surrounding Scarlett Johansson‘s decision to endorse drinks company Sodastream. The criticism all came from the fact that the company has a base in Israel and a factory in the West Bank region, which was directly in contrast with Oxfam’s anti-Semitic and anti-Israel views, which oppose ‘all trade from Israeli settlements.‘

When Scarlett had to choose between her relationship with Oxfam versus her deal with Sodastream, she ended up going with Sodastream. Although a lot of fans criticized her for that decision, claiming that she chose the money over charity, I think that’s a gross oversimplification of the matter.

Scarlett feels the same way, explaining in a recent interview [while promoting Captain America: The Winter Soldier], “I stand behind that decision. I was aware of that particular factory before I signed. And it still doesn’t seem like a problem – at least not until someone comes up with a solution to the closing of that factory and leaving all those people destitute. I think for a non-governmental organisation (Oxfam) to be supporting something that’s a political cause… something feels not right about that to me.”

She’s not wrong, and she further clarifies by adding that there is ‘no right side’ to this argument. However, she makes a very good point about a non-government charity organization making political views. That factory does, indeed, employ hundreds of workers, whether they be Israeli and Palestinian, and in fact, probably brings people together more than it causes any issues. However, if Oxfam insists on making it an issue, then Scarlett obviously made her decision regarding her relationship with them.