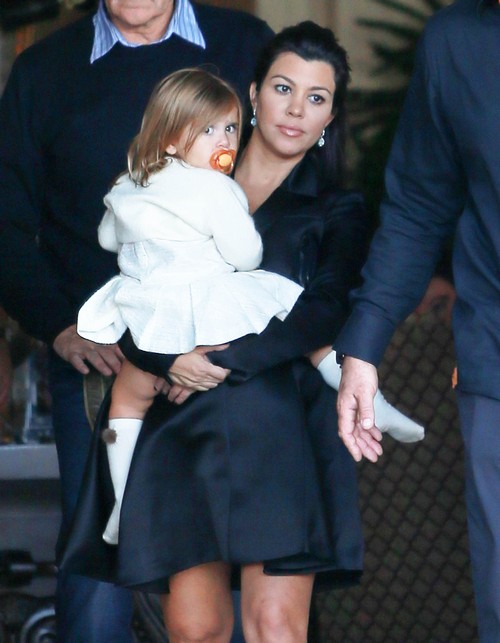 Kourtney Kardashian’s baby-daddy Scott Disick is cheating with Malika! Scott Disick has turned into a pill-popping drunk, and we are currently watching his downward spiral on the latest addition to the Kardashian franchise, Kourtney and Khloe Take The Hamptons. Despite a trip to rehab and a third baby on the way, Scott still can’t seem to get his life together. Although the Kardashians credit Scott’s recent discrepancies with the death of his mother and father, let’s be real – he has always had a serious partying problem.

We have all seen the pictures from Kris Jenner’s November 3rd birthday party, and it’s obvious the drinks were flowing and everyone was getting rowdy. But, according to a new report, Scott Disick partied harder than everyone and cheated on Kourtney Kardashian with Khloe’s BFF Malika, while the Keeping Up With The Kardashians cameras were rolling!

A new report from MTO reveals that a KUWTK producer has all the dirt. Said producer told the website, “Scott was drunk and he was being sloppy, falling all over the place. Then he grabbed Malika and started kissing her. She was startled by it all and tried to push him off, but Scott kept grabbing on her, and groping her. It was disgusting. I wouldn’t really call it a make-out session, more like a sexual assault.“

Sadly, anyone who follows Keeping Up With The Kardashians can tell you that Kourtney has probably already forgiven Scott, and let him back in to their home. It will definitely be interesting to watch this all play out on the next season of the show though. Do you believe that Scott kissed Malika in front of everyone, and his ridiculously pregnant girlfriend? How do you think the Kardashians reacted? Let us know what you think in the comments below!