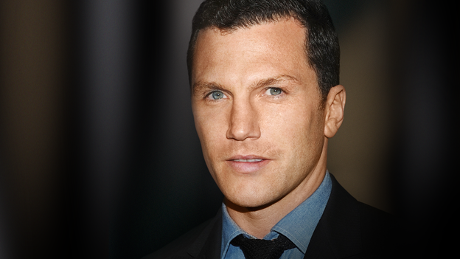 Before the new season of Dancing with the Stars premieres, we wanted to take a moment and introduce you to Sean Avery, who’ll be partnering up with Karina Smirnoff. DWTS is gearing up for another season of hot ballroom dancing and super-sizzle-sexy flare and will feature some great celebrity dancers. If you missed the announcement, please click here for the full roster of DWTS season 18 cast members. Continue reading for a bit more information on Sean Avery!

“Former pro hockey player Sean Avery is known for his unpredictable antics on the ice and a humorous personality. During his twelve year hockey career, he played left wing for the Detroit Red Wings, Los Angeles Kings, Dallas Stars, and the New York Rangers. Typically known as his team’s “enforcer,” Avery had a reputation as an outspoken agitator on (and sometimes off) the ice. Controversy followed him wherever he played, and he became known as much for his mercurial style of play as for his eclectic interests.

“These interests led Avery to many unique experiences including an internship at Vogue Magazine, working under the famed Anna Wintour and André Leon Talley. He has been featured in numerous ad campaigns as a model, including 7 For All Mankind and is currently the Luxury Advertising Director at Playboy. Also an activist, Avery is on the Board of Directors of Athlete Ally, a nonprofit raising awareness about homophobia and transphobia in sports.”