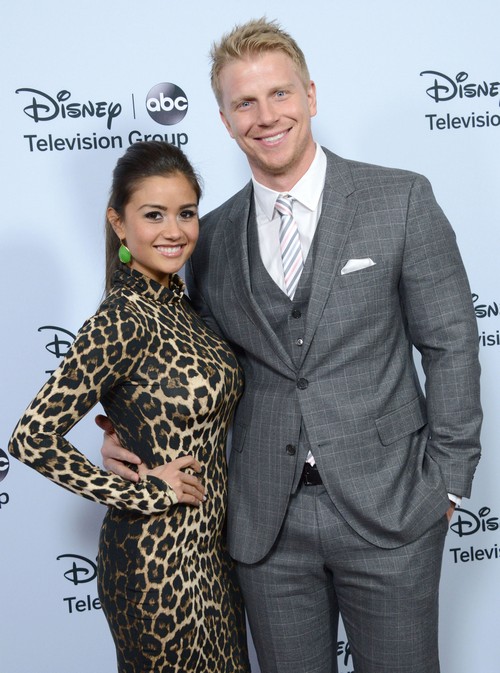 I have to admit, I’m really shocked that Sean Lowe and Catherine Giudici are all set to walk down the aisle on Jan. 26th. I really didn’t see them staying together, especially after his weeks of tango-ing with Peta Murgatroyd on Dancing With the Stars. I certainly expected Catherine to be hopping a flight back home to Seattle but instead these two seem to have worked out their differences. According to the Jan. 26th print edition of In Touch magazine Sean is still claiming that they have held off until their wedding night for sex.

Sources close to the couple said months ago that they were sleeping together but since Sean made such a big deal out of holding out until marriage that they now had to keep up the charade. I guess my question is whether or not the whole relationship is a farce. Just a few days after going public as a couple last March the bounty of public fights started. Do we believe that they really found their groove together? Or did they simply bond for the greater good – a nice fat check from ABC for going through with a televised wedding?

Do you believe that Sean and Catherine are marrying for the right reasons or do you think that they are going into this looking at it as a temporary situation or worse, a business arrangement? Will they really go through with the vows in about ten days? If so how long will the marriage last? Tell us your thoughts in the comments below!