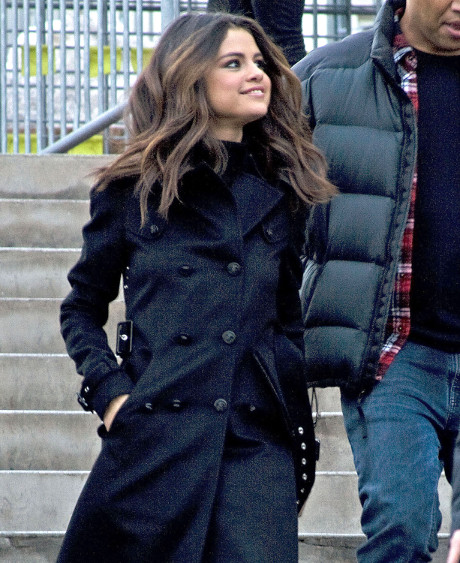 Does Selena Gomez have a new boy toy she’s flaunting on her arm? While some sources are now reporting that the singer/actress is definitely not involved with this mysterious new fella, her appearance with the young blond quickly got people’s underwear in a bunch, as they thought she might’ve found herself a new boyfriend. The sighting occurred at a party hosted by Grey Goose Vodka at the Sundance Film Festival — the place to be right now if you’re connected in anyway to the film industry. Gomez performed briefly at the party.

Now that Bieber has officially boarded the crazy train and Selena has reportedly called it quits with the singer, whom she feels to be childish and in desperate need of rehab, it’s no surprise she’s already being linked to potential BFs. Her camp probably isn’t thrilled with the negative energy Bieber is casting around Selena and undoubtedly welcome these rumors suggesting Selena is back on the dating scene — so long as that scene is nowhere near The Beebz.

While this “boyfriend” is probably nothing more than a friend she met at SFF, or brought along to the festival, even a rumored boyfriend will suffice when trying to do PR damage control. They say good publicity is any publicity . . . but, let’s face it, nobody wants to be connected to drug gossip, immature scandalosity, and sexting scandals. Amiright?

Let us know if you think Selena Gomez’s mysterious Sundance man could be something more than just a fellow party goer. We’d love for her to find a new BF. Anyone is better than the lil’ Bieber.

Gomez is attending the festival to promote her new movie, Rudderless. More about the movie: “A grieving father in a downward spiral stumbles across a box of his recently deceased son’s demo tapes and lyrics. Shocked by the discovery of this unknown talent, he forms a band in the hope of finding some catharsis.”