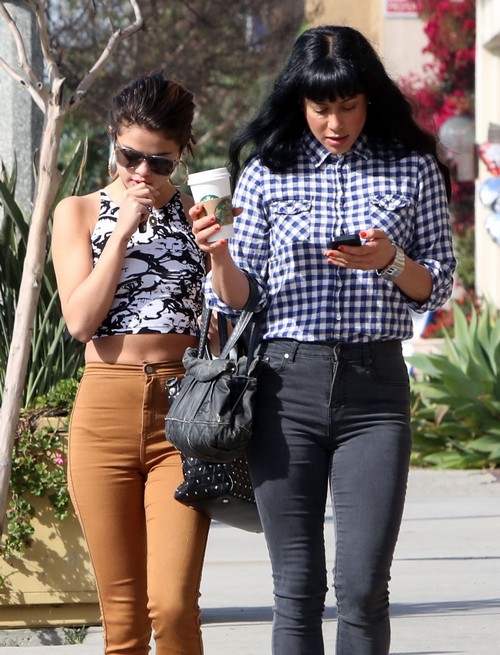 Although Selena Gomez has yet to show any outward signs of her breakup with Justin Bieber, a new report from Hollywood Life suggests that she’s heartbroken over Justin’s fling with model Chantel Jeffries.

According to reports, Selena was spotted crying while at dinner with Vanessa Hudgens at Craig’s in Los Angeles on January 24th. A supposed eyewitness explains, “She was crying over Justin and him being with Chantel. She is still very heartbroken. Vanessa was comforting her, hugging her, and telling her to ‘forget about him.’”

True or not true? This eyewitness may have caught Selena crying, but who says that had to be about Justin? I’m sure Selena’s dealing with a lot of pressure in her life, and she did just cancel a major tour. Be it health complications, family issues, or other personal problems, there’s a high probability that she was crying about something other than her relationship with Justin Bieber.

Granted, there is also a possibility that it was over Justin. She and Justin definitely reunited for a while there, and it’s possible that she found out that he was cheating on her with Chantal and broke it off with him. Of course, her timing was impeccable since Justin then went on to get arrested in Florida, and Selena probably didn’t need the press that would have gotten her if she was still with Justin.

Still, it’s probably gotta burn to see your ex-boyfriend with another woman, especially when you’re not with anyone at the moment. But in the long run, Selena’s better off and I think she knows it. Heck, I think everyone knows it. I mean, when her ex-boyfriend is getting into trouble every other day, who wouldn’t think that she’s better off?