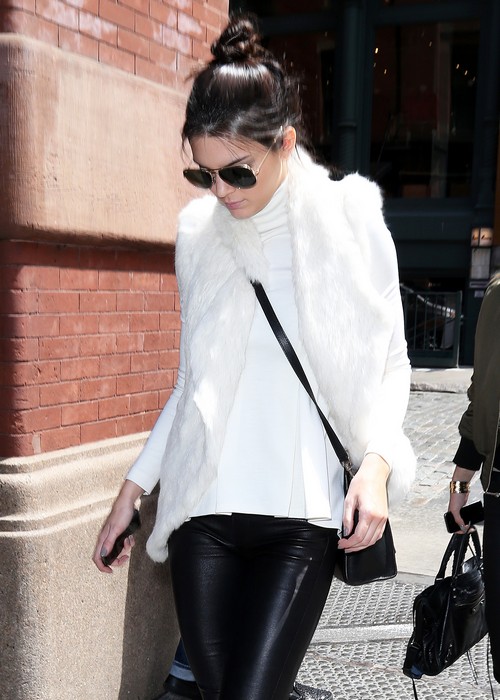 Selena Gomez may have deleted Kendall Jenner off her Instagram, but that doesn’t mean that she can delete her out of her life. It’s simply too difficult to avoid someone in Hollywood, especially when that someone is as ubiquitously seeking  fame as the Kardashians.

Even though the Selena tried to cut off ties with Kendall Jenner and Kylie Jenner, it looks like fate hasn’t been too kind to her in that regard. Just days after Coachella, which is where the conscious uncoupling of friendships happened, Selena and Kendall reportedly had an awkward run-in at a private dinner party in NYC hosted by Eli Mizrahi.

Selena and Kendall both attended the MET gala a few nights ago, but according to sources, they didn’t cross paths at this event. However, they weren’t so lucky at the private dinner, considering there were fewer people and everybody was mingling with each other.

According to US Weekly, Selena and Kendall maintained their cordial manner around each other, but they tried to avoid communicating whenever possible. A source explains, “They said hi to each other but sat on opposite sides of the table.”

Well, at least Selena can find some consolation in the fact that she gained Taylor Swift back as a friend, even as she lost Justin Bieber and the Kardashians. If I was Selena, I’d be celebrating the fact that I’ve cut the vermin out of my life, but I guess Selena still feels betrayed by Kendall. I mean, it’s probably not easy to spend time with the person that your ex-boyfriend rebounded with days after he broke up with you. I’m guessing Selena’s not feeling too magnanimous towards any of the Kardashians right now.