Justin Bieber Dates Kendall Jenner – Are They Drinking Sizzurp Together? 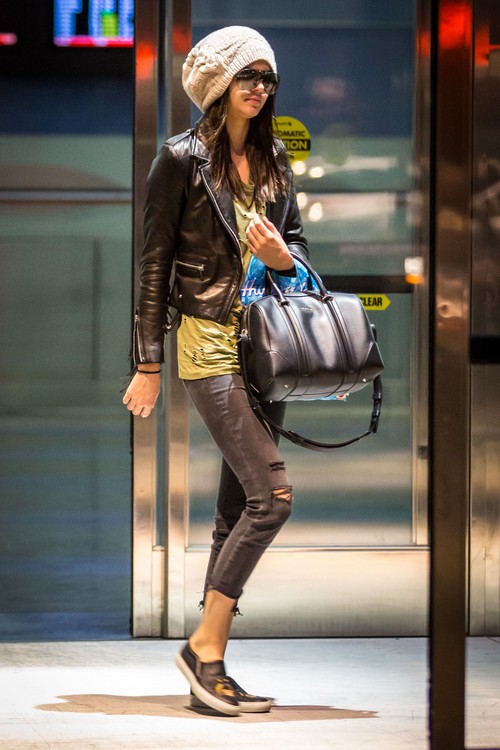 Selena Gomez and her on-again off-again boyfriend Justin Bieber appear to be off again, and the starlet did what every girl wishes they could do to their ex – she stepped out earlier this week with heart-throb Orlando Bloom. What better way is there to show up your ex than go out on a date with one of the sexiest celebrities in the world?

Justin wasn’t going to take Selena’s diss lying down though. He fought back and committed one of the cliché ex-boyfriend moves. What is the best way to get under your ex-girlfriend’s skin? Start dating her nemesis obviously! According to reports Biebs isn’t stressing Selena one bit, he’s been busy spending time with Keeping up With The Kardashians star Kendall Jenner. Bieber was sighted yesterday April 28th in New York City at Nobu restaurant with Kendall and Hailey Baldwin (the daughter of Stephen Baldwin).

Months ago when Selena and Justin went through their epic break-up, Kendall and her younger sister Kylie were hanging out at his Calabasas mansion with Biebs and his partner-in-crime (literally) Lil Za. When Justin and Selena reconciled she began hanging out with Kendall and Kylie and the threesome partied together at Coachella. We speculated then how strange it was that Selena was hanging out with two girls who were rumored to be hooking up with Justin, and we all knew it was only a matter of time until Selena learned the truth and kicked them all to the curb. And, apparently Gomez found out all about Kylie, Kendall, and Justin’s private parties during their weekend together at Coachella because the next day she unfollowed the reality stars in Instagram-declaring their “friendship” was null and void.

The Kardashian sisters have a weakness for rappers, and it appears Kendall Jenner is following in her big sisters’ footsteps. And, considering how hard Justin “Bizzle” Bieber is trying to become a bad-ass rapper, it comes as no shock that Kendall Jenner is nipping at his heels. Just today Justin uploaded two songs to Sound Cloud under his new alias “Sir Bizzle.” Justin is such a hardcore gangsta – he even rapped about “sizzurp” in his new song “We Were Born For This.”