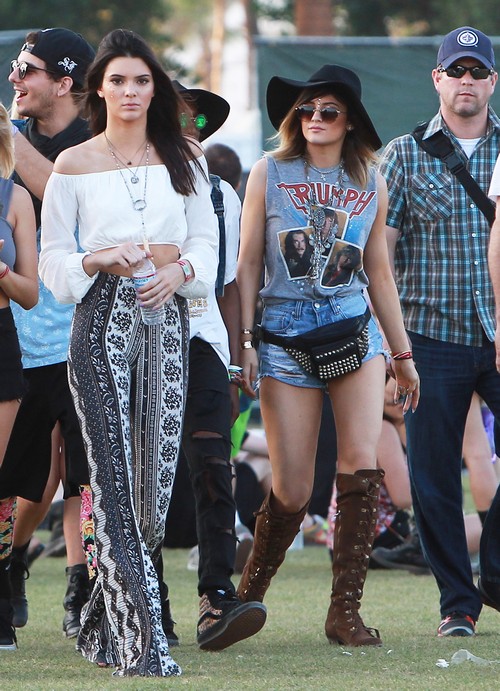 This Selena Gomez – Taylor Swift – Kendall Jenner – Kylie Jenner quadrangle is turning out to be quite the interesting combination of relationships. Selena and Taylor used to be friends, but Taylor didn’t like Selena’s new crowd so she dumped her. And then, Selena started hanging out with Kendall and Kylie, in part because they were Justin Bieber‘s friends and in part to spite Taylor. But now, Selena has unfollowed Kendall and Kylie on Instagram, which can only mean one thing – Selena and the Jenners have consciously uncoupled from their friendship.

In today’s world of obsessive social media sharing, Facebook, Twitter, and Instagram are used to update everyone on your friends, your romantic relationships, and your lives. Forget picking up the phone, forget discussions and face-to-face meetings. No, when celebrities have something to say to their fans and to the public, they use social media to do it. And in this particular case, Selena has used Instagram to let the world [and Taylor Swift] know that she’s no longer friends with the Kardashians.

Now, the real question is what led to this breakup. Perhaps Selena’s old friends and family managed to succeed in their intervention? Even if she hasn’t dumped Justin Bieber yet, perhaps she realizes that spending time with the Kardashians isn’t too good for her stock. However, she was seen with them during Coachella but then unfriended them after last weekend – so perhaps something happened at the music festival that we’re unaware of? It’s very possible that they got into a fight and stopped talking, which would make sense – and also explain why Selena’s IG unfollowing was so immediate.

It’s also possible that Selena’s trying to get Taylor back as a friend, and knowing that Taylor detests the Kardashians and Jenners, she unfriended them to get back on Taylor’s good side. Either way, whatever reason she has for doing it, it’s probably for the best. Selena doesn’t need any more bad publicity, and the Kardashians bring nothing but unwanted attention. Good move Selena! Even Justin Bieber is a huge step up from that family of famewhore trash.