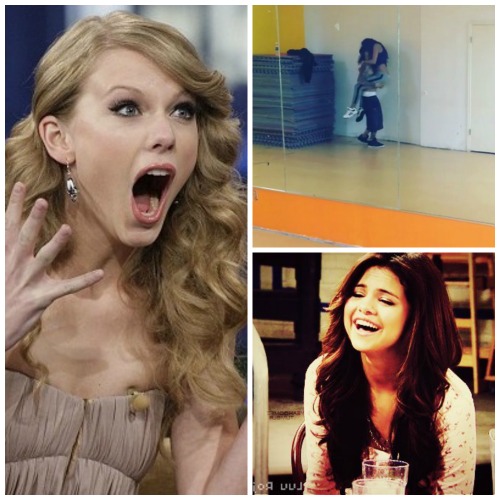 Once upon a time ago Taylor Swift called Selena Gomez the closest thing that she has ever had to a sister. The two seemed to be pretty inseparable until Selena decided that her on/off toxic relationship with Justin Bieber is far more important than any other relationship in her life. Apparently after seeing Selena all glammed up on Oscar night Justin sent her 10,000 roses and bam, she was right back in his arms within hours! A huge delivery from an over priced florist is all it took for Selena to throw common sense out the window and run back to a douchey Justin.

I guess Selena doesn’t care that her relationship with Justin seems to inevitably cost her friendships with everyone else in her life that is supposed to matter. We watched Demi Lovato take several steps back from Selena and watched at a distance as her live seemed to unravel while globe-trotting with Biebs. When Selena finally broke things off and headed for treatment Demi was right back at her side as if nothing had ever happened. It seems that the friendship was only patched up for a hot minute because they haven’t been spotted together since Selena hooked up with Justin back in January.

Now Taylor has gotten off of the merry-go-round too. She hates that Selena apparently used her pal, Ed Sheeran just to make Justin jealous and she can’t stomach the fact that her friend keeps dropping her standards to chase after a gangsta’ wannabe. So Taylor is ticked off and has also opted to pull the plug on her one time precious friendship. What the hell do you think is wrong with this girl? Why is she willing to lose everyone in favor of being treated badly by Justin? Tell us your thoughts in the comments below!