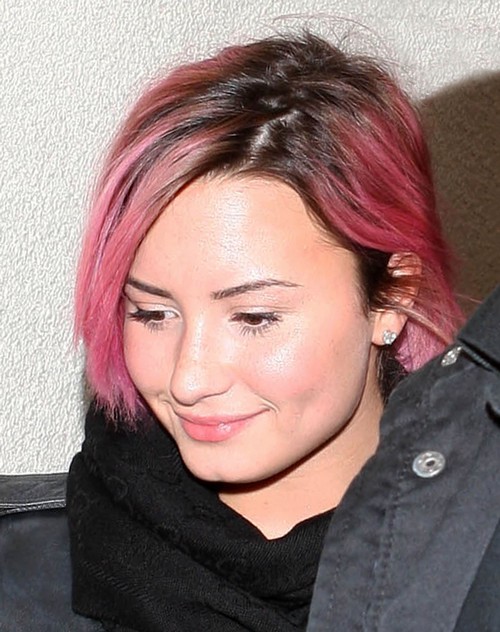 Selena Gomez and Demi Lovato have been friends since they met on Barney & Friends a whole bunch of years ago. There seemed to be a bit of a rift within the last year or so and they weren’t spotted together for months. Finally back in December they were photographed out together again and it looked like they were tight again,. We reported that Selena was attending 12 step meetings with Demi which now, after hearing about her brief spin in rehab makes sense. The two have been spotted in public grabbing dinner a few times, but will the friendship continue?

Demi is very vocal about jumping through serious hoops not to risk her sobriety and she goes out of her way to avoid situations that bring her into contact with active users. Selena ditched out of rehab at least a month too soon and even before that  ran right back to Justin Bieber and drugs, even if it was only for a hot minute. Demi backing away from Selena for awhile last year now makes total sense, but is she about to do it again? Demi was seen with Selena just after Biebs was busted in Miami but for how long can she hang with Selena if she’s using?

At this point, even if Selena has readily admitted to having had a problem she doesn’t appear to be in a hurry to fix it or else she is thinking she can do it all on her own, something that Demi knows won’t work. But will she back away from her friend again after their brief reunion? If Selena is still tangled in her addictions then nothing matters to her more than keeping her bad habits going. No one gets that better than Demi but will it cost them their friendship again? Can you believe how messy Selena has gotten? Tell us your thoughts in the comments below!