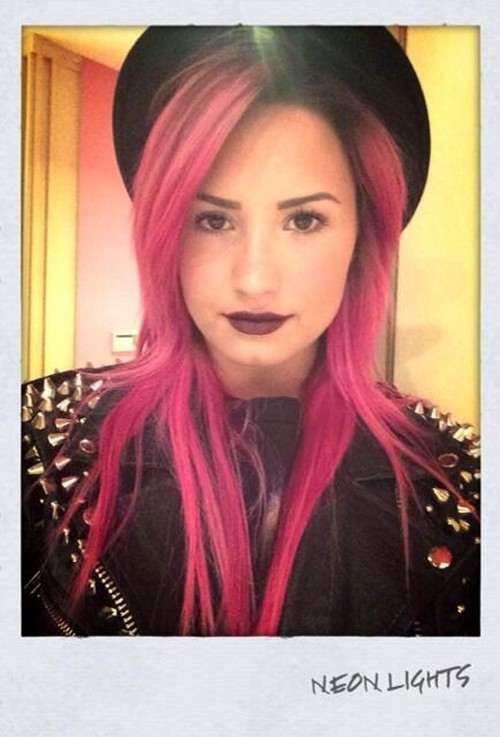 While millions of Justin Bieber’s brainwashed Beliebers around the world are in mourning due to Justin’s DUI arrest, two people are actually celebrating. Selena Gomez and her pal Demi Lovato were photographed Thursday afternoon, grinning ear to ear, as they headed out for a celebratory dinner at Craig’s, just hours after Selena’s ex Justin Bieber was arrested in Miami.

Demi Lovato, who is also a former drug addict, recently took Selena Gomez under her wing. Earlier this month rumors began swirling that Selena herself was actually battling a drug addiction after she began acting erratically on stage, drove her car into a pole, and cancelled a world tour at the last minute. Demi swooped in, eager to help her BFF Selena, and began taking Selena with her to her 12 Step Meetings in West Hollywood. Rumor has it that Demi thinks the core of Selena’s drug problems is her on-again, off-again, boyfriend Justin Bieber. Demi has been pushing her pal Selena to cut all ties from Justin for a while now. Although Selena’s judgment is a bit clouded by her infatuation with Justin, Demi sees him for the lying, cheating, Molly-popping punk that he is.

Ironically, just two days before Bieber’s DUI arrest, text messages between Bieber and Gomez were leaked by Radar Online. In the messages Selena informed Justin he “needed to go to rehab,” and that she knew he was sleeping with another girl. Justin cursed Selena out in the messages and told her the only reason she was famous was because of him. Ouch!

Personally, I’m a firm believer in Karma, and I am sure Selena Gomez is too, now. What comes around, goes around! Just hours after Justin dissed her in text messages and paraded around Miami shirtless with urban model Chantel Jeffries (no doubt to get back at Selena), he was arrested for a DUI. So, naturally Selena and Demi should be celebrating, and I guarantee you Demi said “I told you so,” at least once during their dinner.