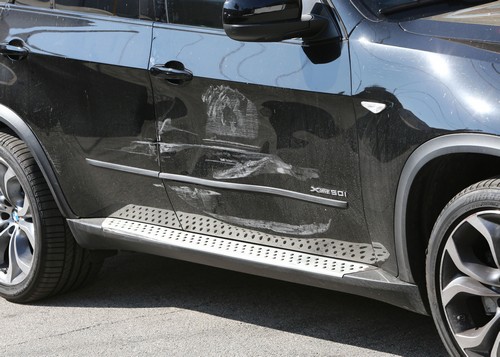 Selena Gomez has always had a squeaky-clean image, and has gone out of her way to appear perfect in the public eye. We really should have all seen this coming though, it’s basically become a right of passage for Disney stars to veer off the straight and narrow and become over-night train wrecks.

Selena shocked us all when she dropped the f-bomb on stage in front of thousands of people at the Jingle Ball concert, something that is completely out of character for her. We didn’t even know that word was in perfect Selena’s vocabulary!

On Friday Selena did something else that raised some eyebrows. She decided to cancel her world tour so she could take some “me time.” We all know that in Hollywood “me time” is just a nice way of saying “some time for me to check myself into rehab.” Rumors are running rampant that Selena Gomez may be dealing with something far more serious than F-bombs and exhaustion, but no one as any proof. Well, we do!

Selena was photographed today in Hollywood, CA, driving erratically. After leaving a salon today, she drove into a pole! We are still trying to figure out how she managed to hit a pole with the side of her car (that takes skill). Maybe Selena is just a really bad driver. But when you consider the fact that in the past month she was acting belligerently at a concert and swearing on stage, cancelled her world tour for “me time,” AND driving into objects that aren’t even moving, it all makes sense.

Move over Demi, you’re not the only Disney star with a problem!

Selena Gomez hides her face after scraping the side of her car on a pole while leaving a salon in West Hollywood , California on December 22, 2013. Selena who canceled her tour because she needs more ‘Me Time’ should use that time to learn how to drive