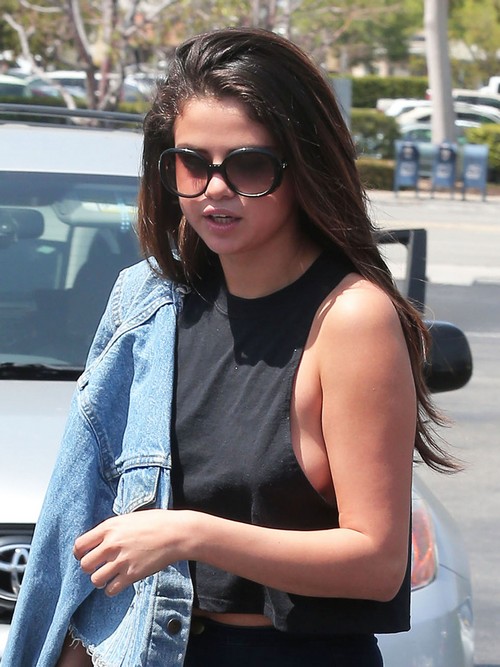 Now we know that Orlando Bloom has a type.  There is no disputing that, but is he really that desperate to be interested in Selena Gomez!

After being linked to Margot Robbie and having his former wife be none other than Miranda Kerr – we pretty much all quickly picked up on the fact that Orlanda likes his ladies with a wild side and an added hint of famewhore.  So really when you think about it I shouldn’t be this surprised about his recent hook up with Selena. After all she does fit the criteria and yet as I re-read the reports – a part of me is still going “WHYYYYYY!!!”

This girl had more baggage than even Justin Bieber could handle so what makes Orlando think he’ll be any different. And anyway he has responsibilities that a young woman like Selena is never going to understand. She’s currently in her bed-hopping and partying stage while he’s someone’s father.

Frankly he should get over these type of women. It’s bad enough he had a child with one of them, but don’t compound the mistake by jumping to the same type of woman over and over again. There is a reason why your marriage didn’t work in the first place, my darling, and its safe to say that reason can be applied to all your relationships. Try again Orlando, we your fans are begging you!

Of course there could be a revenge factor here. As we reported at the time, there was much talk about Justin and Miranda hooking up back in 2012 and even after Miranda and Orlando split blame was cast upon her relationship with Justin:

According to a new report from Us Weekly, “Miranda was always very flirty with Justin, and they exchanged dirty texts. Orlando heard that there had been some ­flirting ­going on and he wasn’t exactly thrilled about it.” Justin and Miranda apparently partied all night after one particular fashion show, but Miranda’s relationship with Justin was reportedly just one of the causes of her constant fighting with Orlando. Us’s source adds, “Orlando and Miranda argued non stop.”

In any case let’s make one thing perfectly clear – from Selena’s perspective dumping Justin and those awful Jenner sisters and moving on up to an A-lister like Orlando Bloom would be a blessing. Good move for Selena, bad move for Orlando!